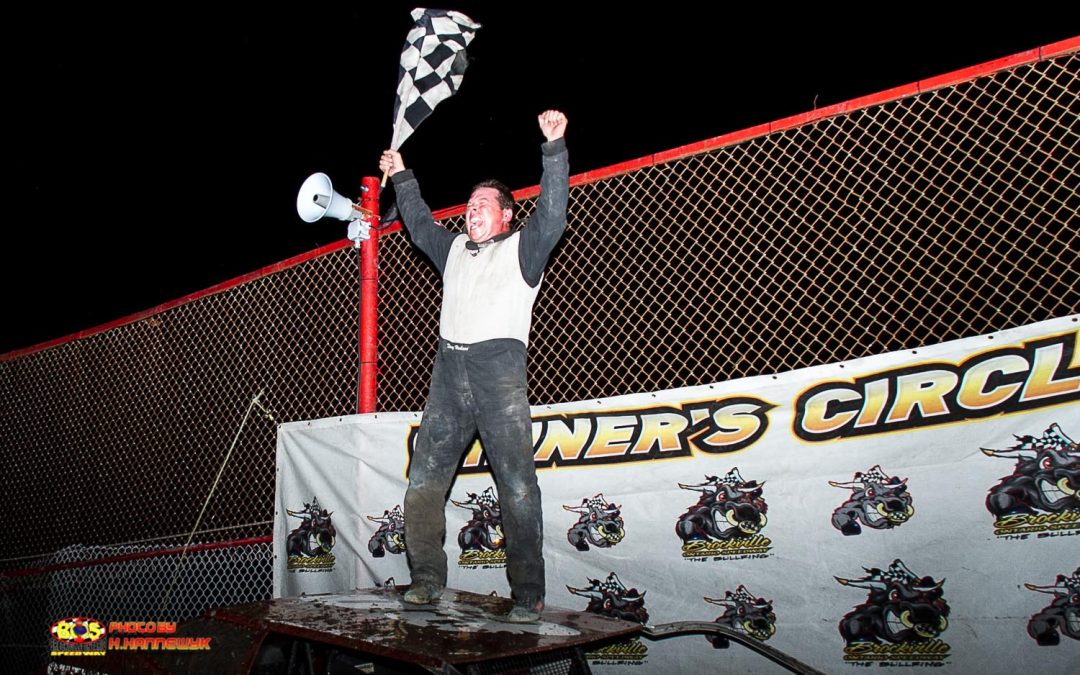 BROCKVILLE, ONT – Over the years many great father/son duos have been a force in thee racing world and at the Brockville Ontario Speedway this past Saturday night fans witnessed history with a local family who’s roots run deep at the speedway.

The 1000 Islands RV 358 Modifieds saw Corbin Millar take over the lead to start the event which saw several early race cautions for minor spins. Once the laps began to click off Millar had a great race car but Luke Stewart was putting the pressure on the former Mini Stock champion. Stewart had one of the fastest cars on track and was able to take over the top spot on lap 6. Chris Herbison was on his way to the front of the field in a hurry as he moved to second on lap 8 and closed in on the race leader. By lap 10 the top two had driven away from everyone and Herbison was able to make a slick move on the bottom to take over the lead as points leader Ryan Arbuthnot was charging to the front taking over the third spot with Kyle Dingwall and Michael Maresca charging to the top 5 from his 16th starting spot. On lap 15 Ryan Arbuthnot’s great run came to an end as he broke in turn three and was forced to the pits for the night. On the restart Luke Stewart started to make a run at Herbison for the lead and would get it back which sparked a great battle for the lead. Behind them Michael Maresca was on his was forward taking third from Dingwall and went to work after the top two drivers. A caution on lap 23 set up one of the best finishes in recent memory between Herbison, Stewart and Maresca. When the green flew Michael Maresca took over the number two spot and was hunting the leader Herbison as the field charged down the back stretch. With one lap remaining Herbison changed his line giving Maresca the top side of the speedway entering turn three Michael Maresca sailed in on the top side and nearly took the lead, but Herbison’s experience allowed him to hang on and score his 2nd win of the season. Michael Maresca came home a hard fought 2nd over Luke Stewart, Tristan Draper and Kyle Dingwall.

Dale Gifford would lead the opening 5 laps of the 25 lap Sportsman feature but was under pressure in the early going from Xavier Andrews. On lap 7 Andrews was able to take the top spot away and start to open up a big lead. Jarrett Herbison was on his way forward and had struggled all night with handling issues. He finally got the car to his liking as he ran down the race leader using the bottom side of the speedway. On lap 13 Herbison would take the lead away and begin to put on a dominant performance with Tyler Reynolds, Dave Wilgosh and Devin Willis completing the top 5. Herbison continued his great run and not even lapped cars were slowing his pace as Andrews and Reynolds continued their battle for the number two position. With five laps to go Herbison was well out front and trying to duplicate the same result his father had in the 358 Modified event. Without the help of a late caution Xavier Andrews and the rest of the field had no chance of stopping history. Over the years many father/son pairings have won at Brockville but never on the same night. On this evening it all changed as Jarrett Herbison made history, claiming his first Sportsman win of the year. Xavier Andrews would finish up 2nd over Tyler Reynolds, Devin Willis and Dan Ferguson would hold on for 5th at the checkers.

The Rookie Sportsman 15 lap event was slowed by a couple of early cautions but once that was sorted out Terry McClelland was the driver in charge over Dylan Kirkland and Justin Saunders. On lap 4 Kirkland was on the move and took over the lead and left the rest of the field trying to keep pace. Kirkland had a dominant car and was able to build up a comfortable lead but the race was far from over. On lap 10 Tyler Stewart spun his machine as he experienced handling issues during the 15-lap contest. When the green flew Dylan Kirkland built up a solid lead and with out a yellow in the remaining laps Kirkland made it look easy as he cruised to his 2nd win of the season in Rookie Sportsman. Terry McClelland would cross in 2nd over Justin Saunders, Evan Reynolds and Kalen Draper.

In Mini Stock action Jared Galway was in charge of the field as he led the opening 8 laps but Hayden Brown, a rookie in the division, was on his back bumper through the entire distance and was looking for career win number one with the winner of the last two events, Jamie Larocque making a charge from third. With 4 laps remaining Hayden Brown was able to take over the top spot and started to run away. Over the final laps Hayden Brown would pull away from a quality field and make it look easy as he charged away to score his first career Mini Stock win at Brockville. Jamie Larocque’s bid for three wins in a row resulted in a 2nd place effort over Jared Galway Tyson Slinger and Marc Dagenais.

The Street Stock feature saw Michael Dillon lead the early laps over Todd Raabe, Peter Raabe, Steve Brady and Tyler Bushey. Dillon who came into the night as the points leader was trying to run away and hide but with a quality field giving chase, it was not an easy task. On lap 8 Todd Raabe slowed on the back stretch brining out the first yellow of the night. On the restart Michael Dillon continued to lead but Tyler Bushey emerged as the new challenger and was all over Dillon for the top spot. On lap 10 Stev Billings and Peter Raabe became hooked together and slowed on the back stretch. On the final restart Michael Dillon had the lead but Bruno Richard was making a late charge taking 2nd from Bushey and tried his best to grab the lead. On this night Michael Dillon proved to be too string as he marched to his third win of the 2019 campaign. Bruno Richard held on for 2nd over Tyler Bushey, Steve Brady and Todd Raabe.

Next week a full show is in store with the Outlaw Vintage making a return. With only two regular point nights left the racing will be intense to say the least. . For more information on points, results and news happening at the speedway, check out our website at brockvillespeedway.com. Don’t forget to follow us on our Facebook, Twitter and our new Instagram page for more of what’s happening at “The BOS”. 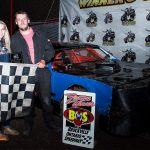 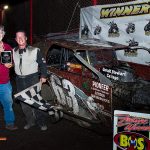 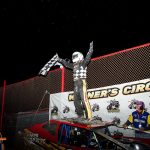 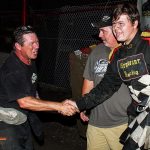 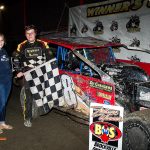 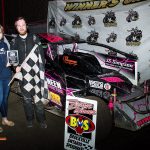 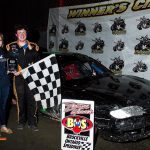