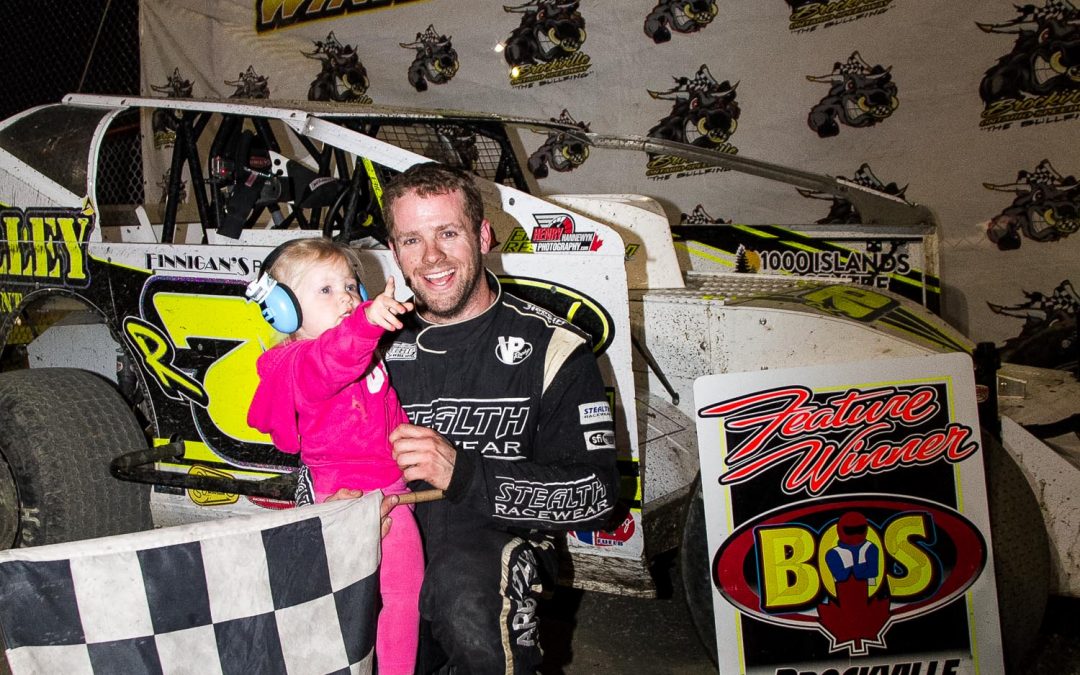 BROCKVILLE, ON – It was another night of exciting racing at the Brockville Ontario Speedway this past Saturday night with Tallman Truck Centre on hand as the title sponsor and as part of the 50th anniversary season, 1971 track champion Walter Pennock was on hand as Grand Marshall, along with a replica of his former race car. A double show for the Mini Stocks was on the card plus a full show for all classes, which provided plenty of action after mother nature ruined our fun one week ago.

At the start of the 30 lap 1000 Islands RV 358 Modified feature it was Brockville’s Chris Herbison leading the opening laps with Steve Barber, Ryan Arbuthnot, Aaron Pugh and Tim Fuller completing the top 5 in the early going. Herbison had the fastest car in the opening laps and was on the charge to claim his first win of the 2019 season. Behind him Ryan Arbuthnot was on his way from 9th on the grid and eventually moved into 2nd by lap 10, but still had work to do to catch the leader. Behind the top 2 Tim Fuller would make his march forward also as he jumped to 3rd on lap 11 but had some work to do to catch the top two drivers who were well over a straight away ahead. At the halfway point Arbuthnot had caught Herbison and was on the charge using the outside groove. On lap 16 Arbuthnot took over the lead from Herbison as Fuller continued to chip away at the deficit in the third spot. It appeared the race would go green to checkered which was not a problem for Arbuthnot, just the others behind him. On lap 27 the other drivers got their wish as the yellow flew for Bryan Rogers who slowed to a stop in turn 1. On the final restart Arbuthnot was able to take over the lead as Fuller made his move for 2nd and battled with Chris Herbison. On this night nobody was stopping Ryan Arbuthnot as he cruised to his 3rd win of the year in 4 tries. Chris Herbison held on for 2nd with Tim Fuller, Kyle Dingwall and Tristan Draper charging to 5th at the finish.

The 25 lap Sportsman feature saw a scary incident on the front stretch as Geneva Sheffield slammed into an infield tire in turn one at the end of lap one, which brought out the only red flag of the event. Sheffield was able to climb out but was taken to local hospital by ambulance, with reports of a leg injury. Once the race resumed it was Dave Wilgosh taking the lead on lap 4 from early pace setter Chris Ferguson as others battled for a top 5 position. With Wilgosh in front Dan Ferguson was able to break free of all the traffic and bring Johnathon Ferguson with him to the number three spot, and the chase was on. Johnathon was able to get by Dan for the 2nd spot and quickly reeled in Wilgosh. On lap 13 Johnathon Ferguson made the move taking over the top spot as Tyler Reynolds and Xavier Andrews along with Jon Mills were all making their way to the front. On lap 18 Johnathon Ferguson was well on his way to a possible win but the caution flew for Dale Gifford who spun in turn 3. On the restart Johnathon was able to return to the lead with Tyler Reynolds and Xavier Andrews right there to challenge. Andrews was able to get by for second but still had five car lengths to make up on the race leader. Even with another late race restart Johnathon Ferguson would finally break through after a rough start to the year with his first win of the 2019 season and break the streak of three by Ryan Scott. Xavier Andrews would cross in 2nd with Tyler Reynolds, Jon Mills and Gabriel Cyr rounding out the top 5.

In Draper Doors Rookie Sportsman action Tyler Stewart started 4th but wasted no time taking over the lead on lap 3 with Evan Reynolds, Dylan Kirkland, Justin Saunders and Terry McClelland completing the top 5. Stewart was on cruise control for the most part during the 15-lap event but behind the leader was where the action was at. Reynolds and Kirkland were staging a war for 2nd, which Kirkland was able to win, but had some work to do to run down the leader. On the final lap heading into turn one Tyler Stewart nearly gave the race away as he nearly spun his car but the former karting regular at Brockville kept his composure and marched on to become the 4th different winner in the Rookie Sportsman ranks. Dylan Kirkland would bring his machine home for a runner up finish with Evan Reynolds, Terry McClelland and Kalen Draper completing the top 5.

The Street Stock division never disappoints with racing action and this night was no different. Nick Gauvreau was looking to get back to victory lane and was running strong in the opening laps as he led the way over Tyler Bushey and Michael Dillon. Bushey was on the charge however and looking for two in a row. On lap 8 The two-time track champion finally caught Gauvreau and was able to sneak by using the inside lane while Gauvreau was forced to battle with Michael Dillon. With Bushey out front Dillon and Gauvreau had their own war but a late caution for Jessica Passenetti slowed the field giving 2nd and 3rd place a clear shot at the leader. On the final restart Bushey would pull away and go unchallenged in the remaining laps to record his 2nd straight Street Stock win. Nick Gauvreau would cross in 2nd over Michael Dillon Keith Riddell and Sylvain Gauthier, who rebounded from early race problems to finish 5th.

In the held over Mini Stock 15 lap feature from May 18th, Jared Galway was the man in charge as he pulled away from a quality field in the opening laps of the event. Andrew and Justin Leroux battled hard for 2nd and 3rd while Tyson Slinger and Richard Bartholomew also had their war for a top 5 position. Andrew Leroux would fight off the traffic and charge after Galway for the lead which was setting up to be a classic finish. On the final lap Galway had company as Leroux would draw alongside the leader. Even with the challenge Jared Galway would hold on and drive on to score his first win of the season and 3rd win in his short career. Andrew and Justin Leroux would cross 2nd and 3rd with Richard Bartholomew and Tyson Slinger completing the top 5. The regular 15 lap event was a little different but had the same action as Hayden Brown led early but Andrew Leroux was right back in the thick of the battle along with Marc Dagenais, who was looking for his 3rd win of the year. Brown, a first-year driver did all he could do to hold on to the lead but Andrew Leroux let experience take over as he grabbed the lead on lap 12. From there Leroux would drive on to grab win number one of the season over Hayden Brown, Marc Dagenais, Justin Leroux and Jared Galway.

Next week a full show will be on hand with the rescheduled Ogilvie’s Triple Crown 50 lap events for the 1000 Islands RV 358 Modifieds and Sportsman. Draper Doors Rookie Sportsman, Street Stock and Outlaw Vintage will take to the speedway as well. Racing action begins at 7pm. For all the latest news, points and results, be sure to visit our website atbrockvillespeedway.com and give us a follow-on Facebook, Twitter and our new Instagram page as well. 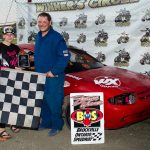 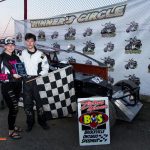 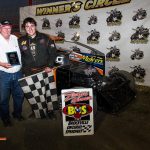 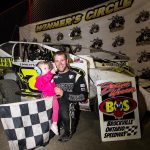 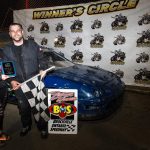 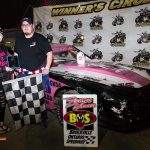