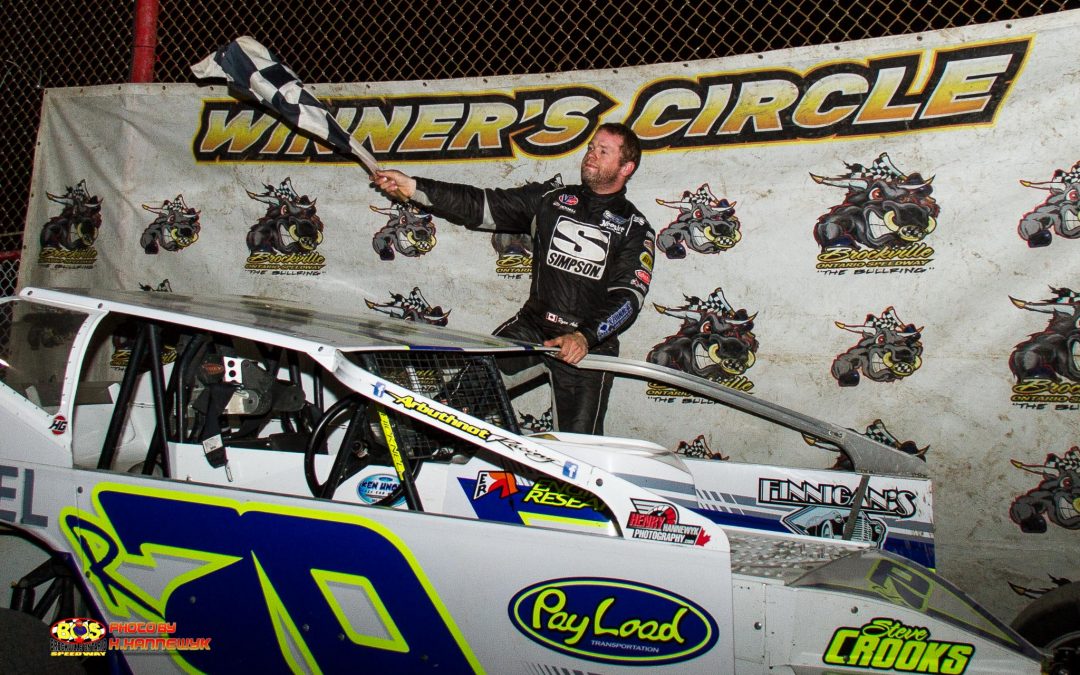 The 2022 season is finally underway at the Brockville Ontario Speedway. Mother Nature tried her best to end the night early, as a nearby storm just missed the speedway, allowing for some great racing action to take place.

Jessica Power used the pole starting position to lead the early portion of the 25 lap DIRTcar Sportsman feature. Power had a solid race car as she held off Tyler Givogue, defending track champion Bobby Herrington, Shane Stearns and Domonick Merkley. The top 3 began to pull away, however Tyler Givogue was showing speed early. Givogue would use the top side to grab the lead as he was in search of his first Brockville win. Givogue was pulling away with Power keeping pace, but on lap 15 Josh Powers, who was running inside the top 5, was tagged by another driver collecting Andrew Young, Jamie Young and Trent Wallace. Greg Brinklow received heavy damage in the accident as he slammed into the Powers number 73. All drivers were ok and many were done for the night. Once racing resumed Givogue once again held the lead but Power and new third place driver Bobby Herrington were closing quickly as the laps wound down. Power’s car got faster and with 2 laps remaining, took the lead from Givoque, who began to fade in the late stages. From there Jessica Power would go unchallenged to win for the 6th time in her Brockville career and first since 2020. Givogue held off Herrington for 2nd with Shane Stearns and Ricky Thompson completing the top 5.

Tristan Draper and Chris Herbison led the field to green to start the 30 lap DIRTcar 358 Modified feature. After a side by side battle it was Herbison taking control of the race with defending track champion Ryan Arbuthnot 3rd. It wasn’t long before the defending champion went to work as he took over the top spot on lap 3 and began to author a dominating performance, as he opened up over a full straight away advantage on the field. Behind him Kyle Dingwall was on the move taking 2nd from Draper while Chris Raabe moved to 4th as Herbison completed the top 5. A caution flew to bunch the field up at halfway giving Dingwall and others, another shot at the leader. On the restart Arbuthnot and Dingwall made contact heading into turn one sending Dingwall spinning. Jeremy LaSalle slammed into Dingwall’s car ending both drivers nights. LaSalle needed medical attention but would walk away from the incident. Both cars were done for the night. After the restart it was a battle between Arbuthnot and one of the top drivers in the region Chris Raabe. The Alexandria native was closing in on Arbuthnot for the lead and pulled even at the white flag. The two drivers raced door to door coming off the turn with Arbuthnot winning by a half car length at the finish. Raabe would finish 2nd with Tristan Draper, Jarrett Herbison and Joe Banks making up the top 5.

The 15 lap 1000 Islands RV Crate Sprints took to the speedway next and Lee Ladouceur was on a mission. After a top 10 run in the 358 Modified feature, Ladouceur would go to the front early over Mathieu Bardier and Ryan Poole. Without the help of a caution flag, Bardier, Poole, Francis Laliberte and Tim Bailey had little chance of catching the veteran. Ladouceur would cruise on to his first Brockville Speedway Crate Sprint Car win over Bardier and Poole.

Caution flags slowed the early portion of the 12 lap Novice Sportsman feature but eventually veteran Sandy MacFarlane would take charge of the field over Holly Denard and Nathan Lambert. Denard would keep it close in the early laps, as she battled MacFarlane throughout the entire race. Behind the top 2 Shawn Hodge was making his debut in this division and moved to the top 3 late in the going. In the end Sandy MacFarlane was not to be denied as he held off Denard and Hodge to score the big win. Holly Denard scored a career best 2nd with Shawn Hodge’s debut resulting in a third place finish.

The Street Stock feature was slated for 12 laps, however something unexpected was about to change that. Steve Billings led the way early on with Nick Gauvreau and Brett Horner right there to challenge. Billings had a fast car at the start but Horner was on the move. The Kingston native took 2nd from Gauvreau using the bottom, as he charged after Billings. At the half way point Billings spun while leading which brought out the yellow. While under yellow, a power outage across the region left the track in the dark. Race officials would deem the race official as there was no estimated time to fix the problem. With this Brett Horner was flagged the winner of the race over Billings, Nick Gauvreau, Patrice Foster and Francis Gauthier.

Next week a full show is back with the DIRTcar 358 Modifieds, DIRTcar Sportsman and Novice Sportsman. The Supernant Truck Shop Mini Stocks will be on hand for their first appearance of the year. The 1000 Islands RV Crate Sprints will also be back for a second straight week. 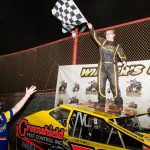 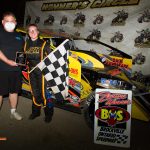 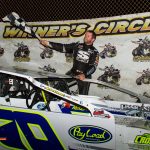 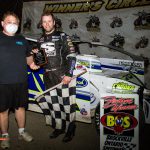 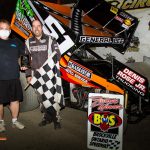 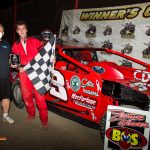