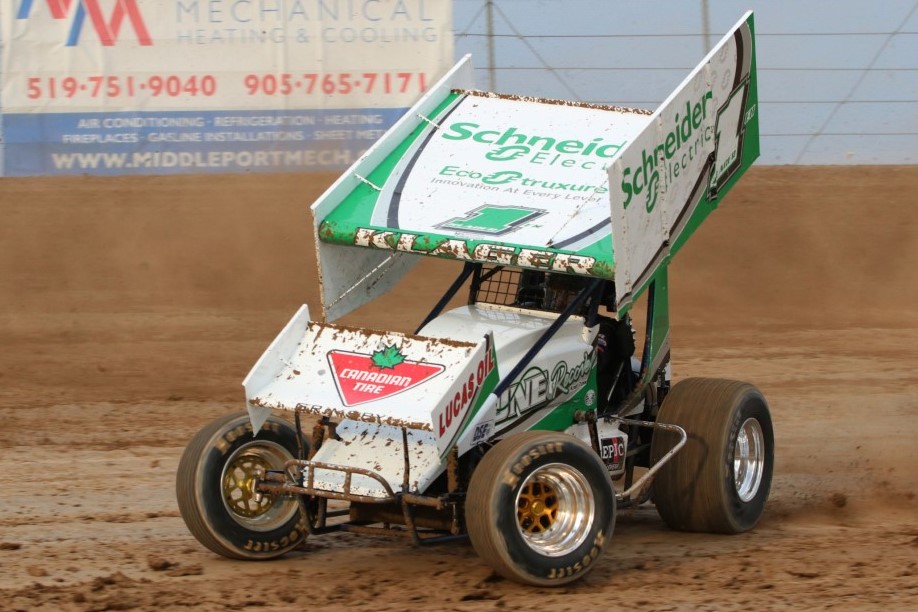 Hot on the heels of a successful 50th anniversary season, the promotional team at Brockville Ontario Speedway is working on putting the finishing touches on its 2020 schedule. The first step toward building an exciting calendar of action at the 3/8th’s mile oval on Temperance Lake Road came on New Year’s Day with the announcement that the 602 Crate Sprint Cars will be part of the show on alternating weekends this year. Track owner and promoter Paul Kirkland says they’ll be using the highly successful rules package from Ohsweken Speedway – where 51 different drivers signed-in for battle in 2019 – as its template.

“Things started with some casual conversation on our social media platforms and just grew from there,” said Kirkland. “The sprint cars have always been a popular part of our regular season events and at the Fall Nationals. To have them on the schedule every-other-week this year should really be a crowd pleaser when we kick things off for 2020.”

With a main event win and 8 top 10 runs in a dozen starts to his credit, Paul Klager was 7th in the overall 2019 Crate Sprint Car standings at Ohsweken and earned the 3rd spot in last year’s Action Sprint Tour rankings. The Beamsville, Ontario racer is entering his 3rd year of action in the winged machines and is looking forward to the chance to turn some laps at The BOS.

“It’s a fun place to race, but it’ll definitely keep you on your toes,” said the 48-year-old runner known as ‘The Beamsville Bullet’. I had some decent runs there in the past in the TUSA East and can’t wait to get out there with the Sprint Car. It’s a different beast, but anytime you can race at a new track is a good thing and getting the opportunity for some extra seat time is very exciting.”

The addition of the Sprint Cars put Kirkland and his team in the unenviable  position of needing to find space on the weekly program. It was a difficult choice but with a decrease in their car counts over the past couple of years, the decision was made to drop the Vintage Modifieds from the rotation. The Crate Sprint Cars will be part of the action on alternating Saturday nights throughout the regular season. After running an every-other-weekend schedule in 2019, the Mini Stocks will join the 358 Mods, Sportsman Modifieds, Rookie Sportsman and Street Stocks as the weekly classes in 2020.

The new season is scheduled to take the green flag Saturday, May 9th at The BOS. Keep checking www.brockvillespeedway.com and the track’s Facebook or Twitter social media platforms for the latest developments and off-season news.