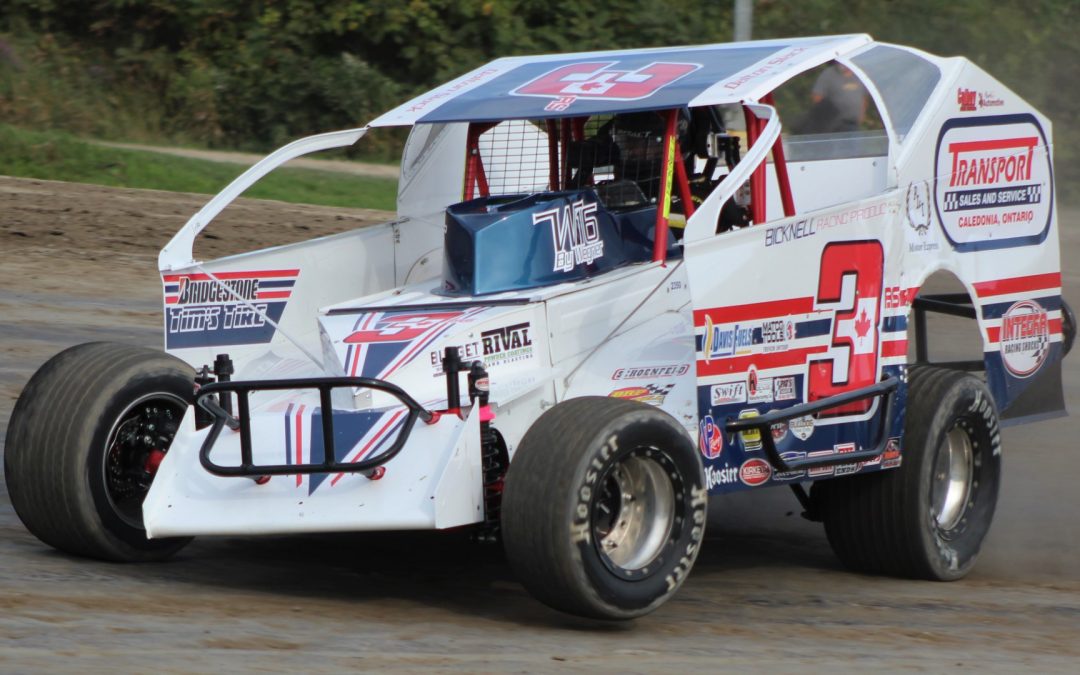 His resume includes 14 track championships, containing 2 strings of 4 in a row from 1992 to 1995 and 2006 to 2009. With stats like that, you might think that Danny O’Brien had won every honour Brockville Ontario Speedway has to offer, but there is one accolade that eluded the 53-year-old second-generation racer from Kingston, Ontario. He has never scored a checkered flag in the season-ending DIRTcar Northeast Fall Nationals.

O’Brien hung-up his helmet and driving gloves at the end of the 2018 schedule, but he never completely walked away from the sport. During his first year of retirement, he was still at the track every week, lending a hand to his youngest sibling Tim. While he was still a fixture around the track in the last couple of seasons, Danny O’Brien was happy to listen to the offer when a call came to get back behind the wheel.

“I always said that I’d consider coming back for a few races if it was in a competitive car and this ride is one of the best in the field,” admitted O’Brien. “As the feature win during the recent Applefest Weekend at Brighton Speedway showed, the Slack Family has given me a great piece and I appreciate the chance to wheel their equipment.”

While many who have watched him over the years wondered if the part-time opportunity for this year’s late season events would translate into a complete return to action for the fan favourite, he’s been quick to advise any who ask that he won’t be going back to weekly racing once the final checkered flag waves to wrap-up the current season.

Fans will have the chance to see the Small Block Modifieds during each show of the 2021 Northeast Fall Nationals. Friday, October 15th teams will chase a $2500 payday in this year’s 60 lap finale of the Ogilvie’s Auto & Fleet Series. The next night, the 100 lap Mr. DIRTcar Championship Series event offers a $10,000 cheque to the winner.

To ensure provincial government required contact tracing, spectator grandstand advance tickets must be ordered now by using the link found on the ‘schedule’ page of the track webs-site. Brockville Speedway is an outdoor facility and as such, is exempt from vaccination passport regulations. Facemasks continue to be mandatory during the race weekend.

After a win at Brighton Speedway’s Applefest Shootout, Kingston’s Danny O’Brien will wheel the Slack Racing No. 3RS during the upcoming Northeast Fall Nationals at Brockville Ontario Speedway.