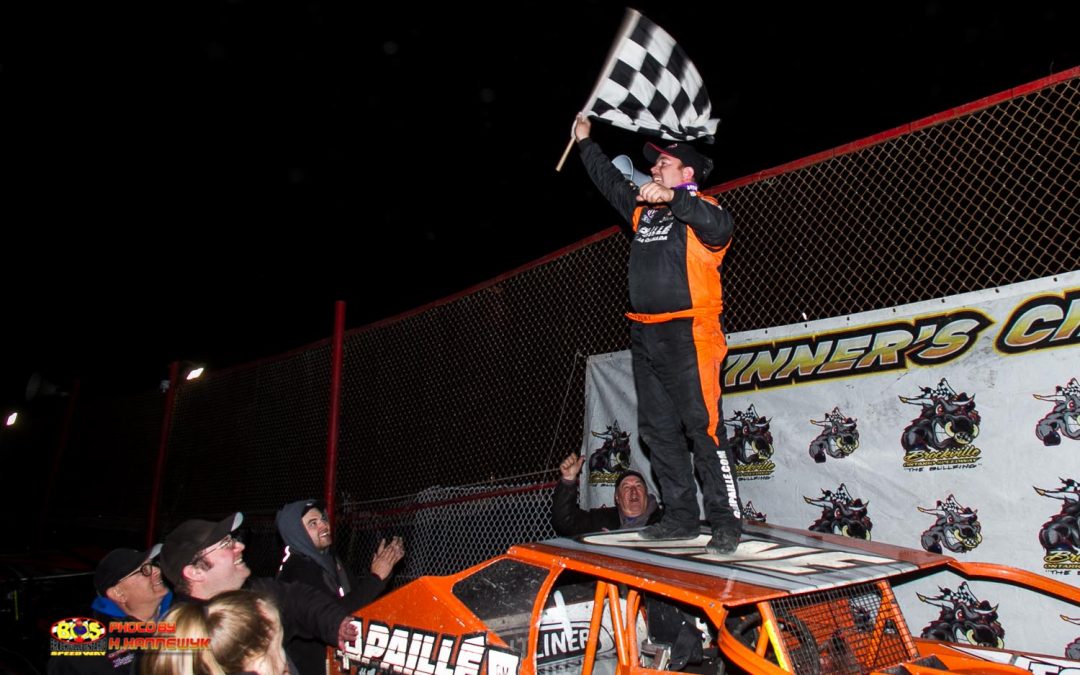 BROCKVILLE, ON – The 2nd and final day of the 11th annual Loud ‘n’ Dirty Brand Fall Nationals at the Brockville Ontario Speedway was memorable. Perfect track conditions and great weather made for some great racing all day long and with $10,000 on the line for the DirtCar 358 Modified Series, it made for an exciting finish.Defending race winner and reigning Billy Whittaker Cars 200 champion Mat Williamson took the lead at the drop of the green flag over David Hebert Mario Clair Tim Fuller and Tristan Draper. All drivers were fast in the early laps and started to make their way to the top side of the speedway as the top 6 began to drive away from a quality field. Brianna Ladouceur slid off the top side of turn 4 on lap 9 and the yellow flew for the first time. On the restart Williamson did not get the jump he wanted which allowed David Hebert to take over the top spot over Williamson, Clair, Fuller and 2019 DirtCar 358 Modified Series Champion Erick Rudolph. The track began to change rather quickly and drivers went from flying around the outside lane to charging around the bottom side all around the speedway. This made passing tough and forced drivers to make big moves on restarts in order to gain positions. On lap 50 Hebert still held a slight lead over Mat Williamson as Tim Fuller made his way to the top 3 for the first time as Ryan Arbuthnot and Michael Maresca completed the top 5. On lap 69 Brian McDonald who was making a charge to the front from 31st starting spot in the Mike LaSalle tribute machine, slowed to a crawling pace on the back stretch ending what was looking to be a great finish. The green flew and despite Williamson’s efforts to regain the lead David Hebert was able to stand his ground and drive away as behind the top two Michael Maresca was able to take over position number three and tried at will to chase down the top two drivers. As the laps wound down traffic became a big issue with a narrow groove and Michael Maresca took advantage as he took over the 2nd spot on lap 104 and drove the hardest he’s ever driven to catch David Hebert. On the final lap Maresca would get to within a car length but that was about it as David Hebert would take his 8th career DirtCar 358 Modified Series win and $10,000 back to St. Damase Quebec. Maresca finished up 2nd with Mat Williamson taking his 2nd top three effort of the weekend, Ryan Arbuthnot held on for fourth which was plenty to claim the Ogilvie’s Auto and Fleet 358 Modified Series title while Erick Rudolph claimed the number five spot and his third DirtCar 358 Modified Series title.

It was a family affair in the Lucas Oil Empire Super Sprint 25 lap feature event as Steve and Jordan Poirier started on the front row and put on a show for the fans as they drove away from the field in the early laps over Jason Barney, Matt Tanner and Tyler Cartier. With drivers running the very bottom of the track Steve Poirier relied on his experience to hold off his determined nephew Jordan as the quickly closed in on lapped traffic as the field clicked off 12 laps in a big hurry. In traffic is where it got exciting for the fans as Steve drifted wide allowing Jordan to briefly taking the top spot on lap 13 with Jason Barney starting to make his way into the mix as well. Steve would eventually retake the lead one lap later as the top 3 cleared traffic. On lap 15 Roger Levesque flipped his car in turn three bringing out the red flag. Roger was able to climb out unhurt in the accident. On the restart Steve Poirier would use the bottom to grab the lead but Matt Tanner would show his muscle as he took over 2nd and tried his best to run down the leader. Over the final laps Steve Poirier finally put it all together and would charge to his 4th Empire Super Sprint victory at Brockville and to his relief, his first Empire Super Sprint win of 2019. Matt Tanner would take his 7th runner up finish of the year while Jordan Poirier, Jason Barney and Denny Peebles completed the top 5.

To finish out the 2019 a good old fashioned 30 lap $500 to win Street Stock invitational took to the speedway as a record 36 cars started the even. Brighton regulars Justin Ramsey and Adam Wells were the class of the field early on as Ramsey had the better of the two cars pulling away to a big lead as Jeff Humphrey, Brockville regular Nick Gauvreau and Austin Reid filled out the top 5 drivers. The opening lap did not work out very good for Adam Turner and Dave Barrett as they hooked together on the front stretch causing Turner to tip onto his side. Both cars were unable to continue, Turner was able to walk away from the crash uninjured. When the laps clicked off it appear Ramsey and Wells were going to run away and settle it amongst themselves. On lap 24 however that would all change as a lapped car spun in turn 3 in front of Ramsey who made heavy contact and collected Adam Wells in the process. This left Jeff Humphrey in the lead with Nick Gauvreau Austin Reid Wade Purchase and Kyle Massey as the top 5 but the action was not over. As the green flew Gauvreau and Humphrey were all over each other while defending race winner Wade Purchase and Austin Reid were also in a close battle, maybe too close. On the back stretch with two laps to go both drivers made contact causing Reid’s tire to go flat which ended a great drive. On the final restart Jeff Humphrey would drive a perfect lap and would hold on to not only claim his first Fall Nationals win, but his first ever Street Stock victory. Nick Gauvreau would claim 2nd while defending race winner Wade Purchase would round out the podium.

The curtain has been drawn on the 50th season at the Brockville Ontario Speedway and the staff and management want to thank the team, drivers, sponsors and especially the great race fans who supported the speedway all season long. Without your support we would not be able to do what we do each and every week. Have a happy holiday season and from all of us at The BOS, see you in 2020 for season number 51. 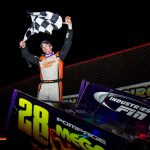 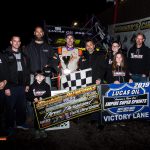 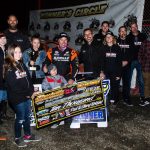 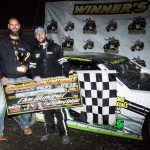 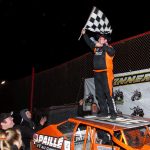