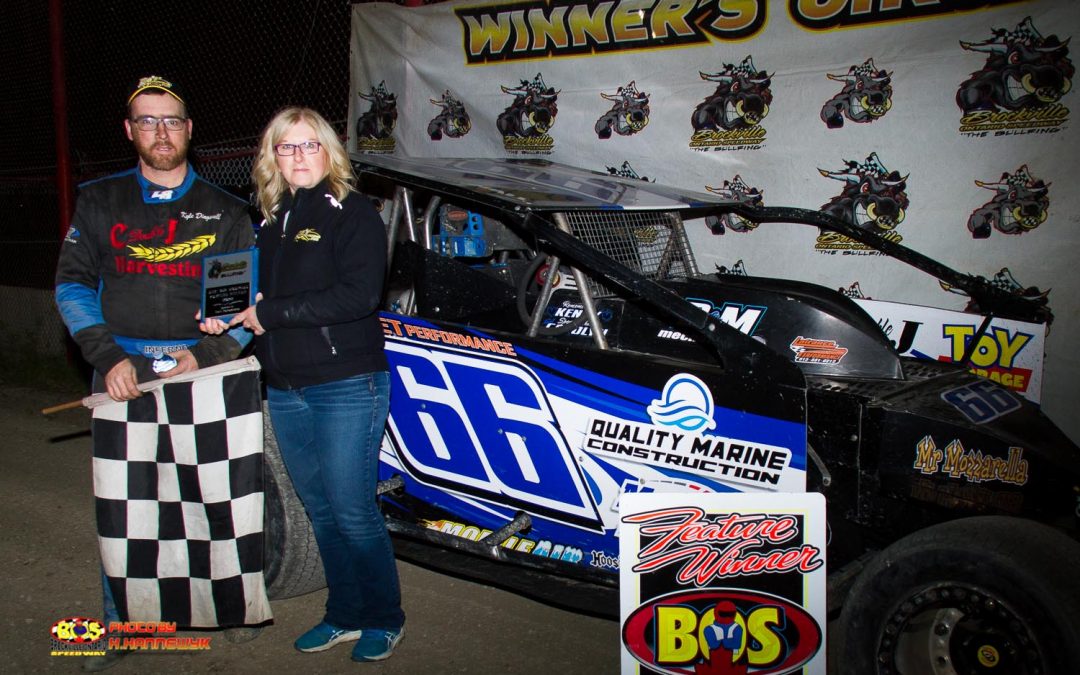 After a week off the drivers at the Brockville Ontario Speedway were well rested and ready to get back at it on Jim’s Performance Plus night. Five classes of action took to the track and the drivers put on a fantastic show. The BOS also held a special benefit for University of Southwest Golf Team member Hayden Underhill, who was badly injured in an accident, that took the lives of several others following a tournament in Texas. Underhill thanked all in attendance for their support as he continues to heal.

The 25 lap DIRTcar Sportsman feature saw Xavier Andrews take the lead at the drop of the green flag with Brennan Moore, Dylan Kirkland, Greg Brinklow and Ricky Thompson filling out the top 5. After a quick caution on lap 5 for a stopped Jamie Young, the green returned and Andrews wasted no time pulling away from the field, but the driver on the move was defending track champion Bobby Herrington. After starting 17th, Herrington would charge to the front eventually getting to the top three with 5 laps to go but had work to do to catch the leader. On lap 21 Herrington would get by Brennan Moore for 2nd but still had nearly a straight away to catch Andrews, who finally had a fast car and was running well, looking for his first win in nearly 3 seasons. On lap 23 the final yellow flew, setting up a 2-lap finish. On the final restart, Andrews got a great restart and pulled away to score his 2nd career Brockville Sportsman win. Despite a right rear tire going down, Herrington would cross in 2nd with Brennan Moore, Dylan Kirkland and Ricky Thompson completing the top 5.

In the DIRTcar 358 Modified feature Johnathon Ferguson led the majority of the 30-lap feature event. After a slip in turn two by early leader Terry McClelland on lap 4, Ferguson would hold a comfortable lead over Kyle Dingwall and Ryan Arbuthnot. The top two would pull away from the field and put on a great show for the fans. Dingwall was working over Ferguson for several laps but was not able to get by for the lead, as the race approached halfway. With the top 2 battling, Ryan Arbuthnot would close in and make it a three-car battle. A quick yellow flew on lap 19 for Kalen Draper, who spun to a stop in turn 2. On the restart, Ferguson was not able to hold the lead, as Dingwall took over in turn 1, while Arbuthnot closed in on Ferguson for 2nd. Once in front Dingwall was pulling away and making it look easy but it all changed on lap 27 as the yellow flag came back out as Chris Herbison clipped an infield tire in turn 2. On the final restart, Dingwall was not to be denied as he drove away to claim his 17th career Brockville Speedway DIRTcar 358 Modified win, tying him with Tony Blake on the all time list. Johnathon Ferguson was able to drive by Ryan Arbuthnot to pick up 2nd, with Joe Banks and Jarrett Herbison rounding out the top 5.

The first two events in the 2022 Novice Sportsman division have gone to someone with the last name MacFarlane, mainly Sandy MacFarlane, on this night it was Gavin MacFarlane’s turn to shine as he led at the drop of the green flag in the 12-lap feature over Keira Turner and Jordan Wood. MacFarlane held the lead comfortably until the yellow flew at half way for Turner, who spun in turn 2. On the restart Gavin MacFarlane was once again well in front, but Shawn Hodge would make a charge for the lead. On the final lap off turn 4 the two drivers made slight contact, but at the finish by a half car length, it was Gavin MacFarlane picking up his first ever win. Hodge claimed 2nd with, Jordan Wood, Sandy MacFarlane and Nathan Lambert completing the top 5.

This season Hayden Brown has been splitting time between Novice Sportsman and Supernant Truck Shop Mini Stocks. On this night it was a sole focus on the Mini Stock, as he held the lead early over Jarrod Galway, Jamie Larocque, Pierre Picard and Tyson Slinger. Brown had the fastest car on track and it looked like he would be coasting into George Tackaberry Boulevard on this night with no problems. On lap 12 that all changed as Brown would slow with a right front flat tire, ending his shot for victory. On the final restart defending track champion Jarrod Galway would hold off long time friend and teammate Jamie Larocque to score his first win of the season, with Pierre Picard, Dakota Boal and Tyson Slinger completing the top 5

The evenings action also featured a 15-lap event for the 1000 Islands RV Crate Sprint Cars. Ryan Poole took the lead at the drop of the green flag and never looked back. Poole led all 15 laps in the caution free race for his first win of 2022. Mathieu Bardier and Lee Ladouceur completed the podium.

To find out more about what is happening at the speedway along with news, results and updated points standings, check out our website at brockvillespeedway.com and give us a follow-on Facebook, Twitter and Instagram. 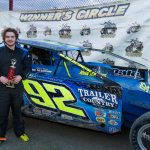 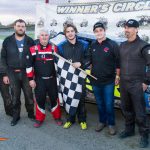 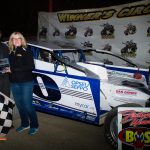 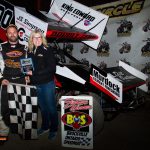 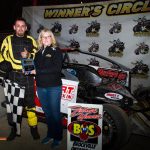 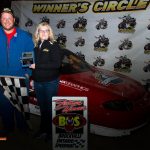 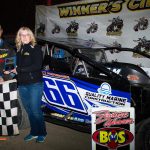