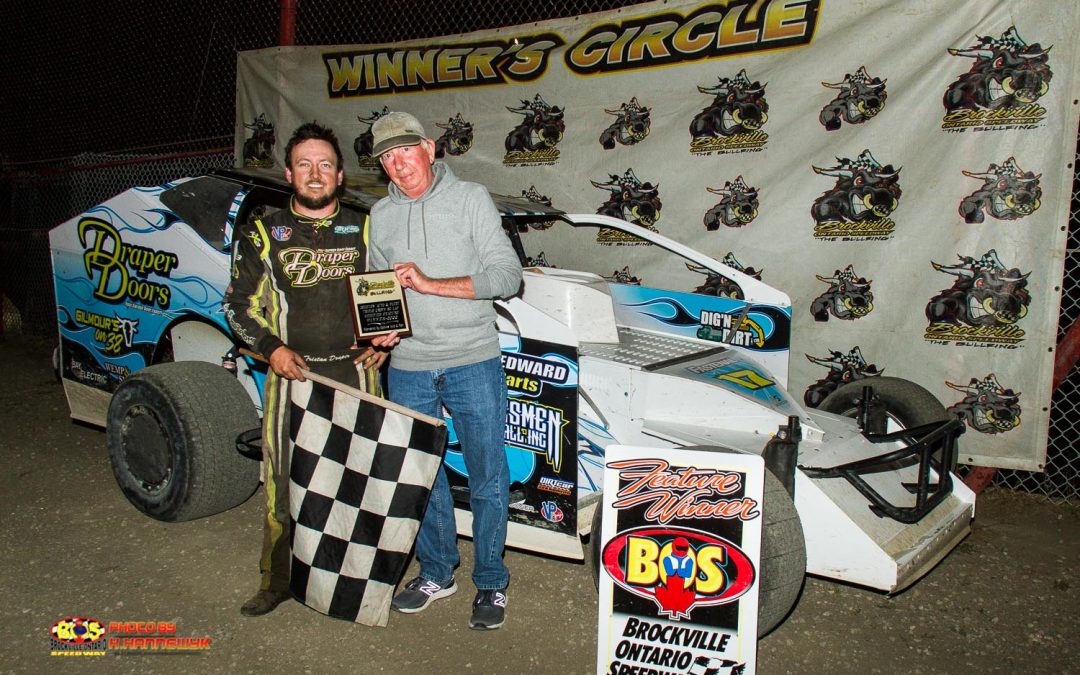 Another busy night of racing this past Saturday at the Brockville Ontario Speedway. It was round number two of the Oglvie’s Triple Crown Series for the DIRTcar 358 Modified and DIRTcar Sportsman divisions. Fans were also treated to some great racing with Mini Stocks, Crate Sprint cars and Novice Sportsman this past weekend.

The 12 lap Novice Sportsman feature saw Matt Pruner take the lead early over Jordan Wood and Mario Dupuis. Pruner had a fast car on this night and was out to a comfortable 6 car length lead by lap 5 while Wood and points leader Shawn Hodge continued their fight for the second spot. Pruner looked like he would cruise to victory, however a quick yellow on lap 10 for Jordan Wood, who broke while running 2nd, would bunch up the field for one more restart. When the green flew Pruner once again timed it perfect as he pulled away once again with Shawn Hodge close by in second. In the end Matt Pruner would grab his first ever win and become the 8th different winner this year, which ties a division record, which was set back in 2015. Shawn Hodge had a solid night finishing second over Holly Denard, Paul Donnelly and Cory Lambert.

The 27th race ever held for the Oglvie’s Triple Crown Series for the 358 Modifieds went green for 50 laps and two-time series champion Ryan Arbuthnot grabbed the lead early with Chris Raabe and Johnathon Ferguson close behind. Drivers were preferring the bottom lane on the speedway which allowed Arbuthnot and Raabe to get out front and pull away in the early laps. With everyone running the bottom, the “Highside Hustler” Tristan Draper went to his favorite line, the top side, and began to move forward. Last weeks winner got by Lee Ladouceur for 4th and then Johnathon Ferguson for the third spot a few laps later. At half way Arbuthnot and Raabe continued their great run but Draper joined the fight making it a three-car battle for the lead, with Kyle Dingwall and Ferguson making up the top 5. With 20 laps remaining Draper once again made his move on the speedway, as he took the runner up spot from Chris Raabe and chased down Arbuthnot for the lead. On lap 36 Draper made it look easy getting by the defending track and series champion for the lead and started to author a dominating performance. With Draper in front and driving away Raabe continued to work on Arbuthnot for second, as he tried several times to get by. In the end The Highside Hustler Tristan Draper made it a perfect, two for two with his brand-new car as he claimed his 2nd win in a row and first ever Oglvie’s Series win. Ryan Arbuthnot, Chris Raabe, Kyle Dingwall and Johnathon Ferguson completed the top 5.

In the DIRTcar Sportsman portion of the Oglvie’s Series, it was defending track champion Bobby Herrington leading the way over Jessica Power, Domonick Merkley and Tyler Givogue. Much like the DIRTcar 358 Modified feature, all drivers started to migrate to the inside lane which worked out in Herrington’s favor, as he started to stretch out his lead and was in search of his third career series win, in just his 4th start. Plenty of cautions slowed the field on several occasions, which made it difficult on drivers during the 40 lap event. Throughout the many cautions Herrington and Power continued their run in the top two spots, while behind them Dominick Merkley was the only driver making up ground on the top side of the speedway. The man who won his first Sportsman feature earlier this season, was on the move as he took over position number three from Givogue and then tried his best to keep pace with Herrington and Power. As the laps clicked off, Fire Swamp started to come into the picture and was riding a wave of confidence, after winning his first career DIRTcar Sportsman feature a week ago at Airborne. On lap 29 he made his way past Givogue for fourth and then by Merkley for third, as he tried his best to run down the leaders. One quick yellow late in the going bunched the field up for the final restart. When the green flew Bobby Herrington was able to pull away to comfortable lead and go unchallenged to claim his 6th win of the year and third Oglvie’s Sportsman Series win. Jessica Power held off repeated challenges by Fire Swamp for second with Tyler Givogue and Shane Stearns completing the top 5.

The Mini Stock 15 lap event was very eventful as Hayden Brown was looking to put all of his bad luck behind him. Brown took the lead early and looked to be on his way to an easy win as he held a straightaway lead over Pierre Picard and Dakota Boal. Brown was on cruise control but on lap 11 a quick yellow flew, setting up some wild action in the final four laps. When the green flew it was Brown in control but Picard was right there to challenge with Skylar Ladouceur third. With two laps remaining Picard and Brown made contact resulting in Brown getting the lead back in turn three. As the white flag flew Picard and Brown would again find themselves together as they entered turns one and two.  Picard and Brown both spun after heavy contact down the back stretch, leaving Skylar Ladouceur with the lead. At the finish Ladouceur would claim his second win of the year in a wild finish, followed by Matt Boal, Dakota Boal, Jamie Larocque and Jarrod Galway.

The 1000 Islands RV Crate Sprints closed out the night with a 15 lap feature event. Mathieu Bardier was making his return to the speedway after a terrible crash in turn 4 a few weeks ago. Bardier was in control of the race from the drop of the green, over Ryan Poole and Lee Ladouceur. Championship implications were on the line for Ladouceur and Poole on this night, as they were separated by two points coming into the evening. Poole remained in the second spot while Ladouceur tried to keep pace. Bardier was well in front and would cruise to his third win of the season with Poole keeping a possible track title in his grasp, with a second place finish as Luke Stewart was able to take third from Ladouceur, with Paul Pekkonen completing the top 5. With the Action Sprint Tour in town next week, only show up points are available for the track regulars, leaving Poole in great shape for the championship.

Next week the first appearance of the season for the Action Sprint Tour will take place along with a full show for the DIRTcar 358 Modified and DIRTcar Sportsman. Novice Sportsman is on the card along with the return of the Street Stocks. Racing begins at 7pm. For the latest news, points and results, head to our website at brockvillespeedway.com. For instant updates be sure to follow the speedway on Facebook, Twitter and Instagram. 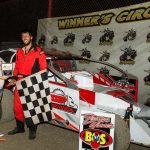 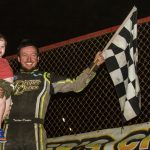 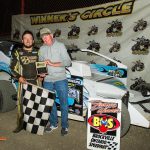 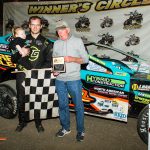 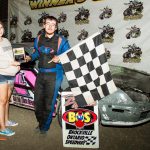 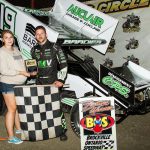