Dykstra, Riddell and Billings double up in Trailer Pro Canada Finale at Brockville 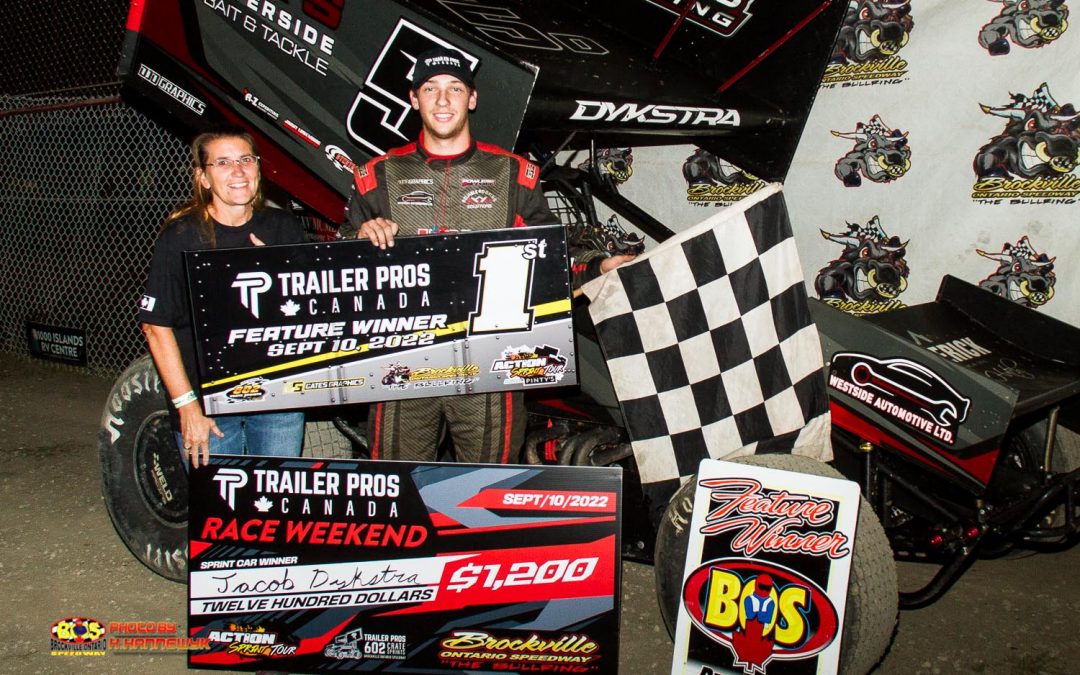 Day number two for the Trailer Pro Canada weekend at the Brockville Ontario Speedway gave fans a thrill this past Saturday night. The Action Sprint Tour and Vintage Modifieds were back for second straight day and joined by the DIRTcar Sportsman and Mini Stocks.

The night kicked off with a held over 20 lap feature for 70s and 80s Vintage Modifieds from Friday night. Former DIRTcar 358 Modified and Sportsman driver Jason Riddell paced the field in the early going over Chad Lackie and Randy Gaudet. The first yellow flew on lap 2 for a pair of Riddell’s that did not have a good night. Gavin Riddell spun in turn 2 and was hit in the front end by his Grandfather Wayne Riddell ending his first feature early. When the green came back out Riddell was chased by Gaudet and Lackie. Despite the efforts buy the second and third place drivers, Jason Riddell was too much for the field as he claimed the win in the Polite Sand and Gravel Super Series event. Gaudet held on for second over Chad Lackie, Paul Billings and Josh Powers. In the 2nd 20 lap event Riddell was once again the class of the field over Paul Billings, Randy Gaudet, Steve Billings and Ian Gordon. Riddell would stretch his lead out to well over a straightaway and proved to be too much once again as he would march to the weekend sweep of the 70/80 class. Paul Billings would cross in 2nd over Randy Gaudet, Steve Billings and Ian Gordon.

Pat Charland was the early pace setter in the 15 lap 50/60 division with Dexter Billings and Pete Stapper right there to challenge. Charland had a fast car but Dexter Billings was coming off some momentum for his big win on Friday night and challenged Charland for the lead. On lap 8 Billings claimed the top spot over Charland, Greg Hale, Pete Stapper and Mason Barkley. Once in front Billings was able to hold on to a comfortable lead as he was looking to sweep the weekend in the Polite Sand and Gravel Super Series. Despite the efforts of Pat Charland and Greg Hale, Dexter Billings proved to be too much for the field as he also claimed his 2nd win of the weekend. Pat Charland Greg Hale Pete Stapper and Mason Barkley rounded out the top 5. The race was also part of the Polite Sand and Gravel Super Series.

Round number 13 of the Action Sprint Tour was set for battle and the question was, could anyone stop the domination of Jacob Dykstra? Brockville’s Matt Billings would give it a shot as he led the opening 8 laps of the 25 lap feature, over Johnny Miller, Jacob Dykstra, Lee Ladouceur and Ryan Poole. Dykstra was cutting through the field quickly and had his sights set on the top two drivers as Billings and Miller were trying to run away and hide. On lap 8 Dykstra took over second and quickly closed in on Billings for the lead. One lap later Dykstra took the lead down the back stretch and began to author a dominant performance, much like he did on Friday night. Dykstra began lapping cars quickly and was never challenged in the remaining laps while behind him Matt Billings was doing all he could do to try and fend off Lee Ladouceur to try and hang on to second. Tyeller Powless was making a late race charge to the front, as he eventually got by Johnny Miller for the number 4 spot but had work to do to catch the top three. On this night, Dykstra would make it look easy and would go on to sweep the Action Sprint Tour portion of the Trailer Pro Canada Weekend, claim his 6th win of the season and record setting 21st career series win. Billings would cross the line in second over Ladouceur, Tyeller Powless and Johnny Miller.

A full field of 24 DIRTcar Sportsman drivers took the green flag and track champion Bobby Herrington led the way from the pole in the 25 lap event, with Shane Stearns and Can Am Speedway regular Dave Rogers making up the top three early on. The driver on the move however, was Dylan Kirkland as he charged to the high side, moving to position number two by lap 6 and began to run down Herrington, who was already closing in on some lapped traffic. Herrington remained in control but behind him another scary incident saw Dylan Kirkland get pinched into the wall by a lapped car as he was stopped sideways on the front stretch. Tyler Stewart had no place to go and slammed into Kirkland, sending him into a series of flips down the front stretch, resulting in a red flag. Thanks to the safety of the cars both Stewart and Kirkland were able to climb out uninjured. When the green came back out Herrington remained in control of the race over Stearns and Rogers, but Brennan Moore was making some noise in the top 5 as he challenged some of the top drivers in the division. On lap 14 Moore got by Rogers for third and repeatedly made an effort to get by Stearns for second. The yellow flew with 10 laps remaining as Domonick Merkley slid off the top side of turns 3 and 4 setting up another restart. Herrington once again would take the lead over Stearns as Rogers re-took third from Moore while Robert Delormier made his way to 5th. Herrington was on cruise control and was looking to hold on for another win. On lap 24 the yellow flew for a stopped Andrew Young in turn 3 and 4, setting up a one lap dash to the finish. On the final restart, Herrington timed it perfectly, as he jumped out to a three car length lead and held on despite dropping a cylinder over the final laps, to record his 8th win of the season. Shane Stearns Dave Rogers Robert Delormier and Brennen Moore completed the top 5.

The Supernant Truck Shop Mini Stocks closed out Trailer Pro Canada Weekend, with a 20 lap feature. Hayden Brown was looking to carry the momentum he had from his win on the final points night one week ago, to grab the lead over Brandon MacMillan and Bob Ray, who was making his return to racing after being out of a race car for the last few seasons. Brown had a great car but veteran Bob Ray was closing quickly as he took second from MacMillan and closed in on the race leader. On lap 15 Ray made it look easy as he took the top spot in turn three and four, leaving Brown and MacMillan to battle for second and third. Bob Ray might have been out of a race car for the last few years, but he still has what it takes to get the job done, as he took the Pierre Picard owned car to his first Brockville Mini Stock win since August 20th of 2016. Brandon MacMillan was able to get by Hayden Brown for second, with Kevin Sabourin and Mark Packer making up the top 5 finishers.

The First Trailer Pro Canada Weekend is now in the record books and the attention now shifts to a totally different type of racing on Saturday September 17th for the annual Monster Enduro. For information on how to get entered into the show head to brockvillespeedway.com and stayed tuned to our Facebook, Twitter and Instagram pages, for everything you need to be a part of this annual event. 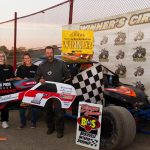 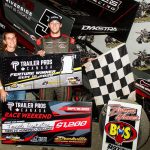 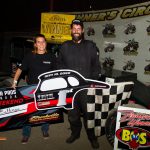 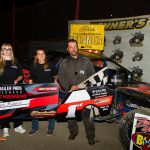 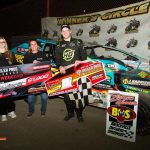 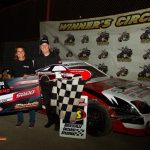