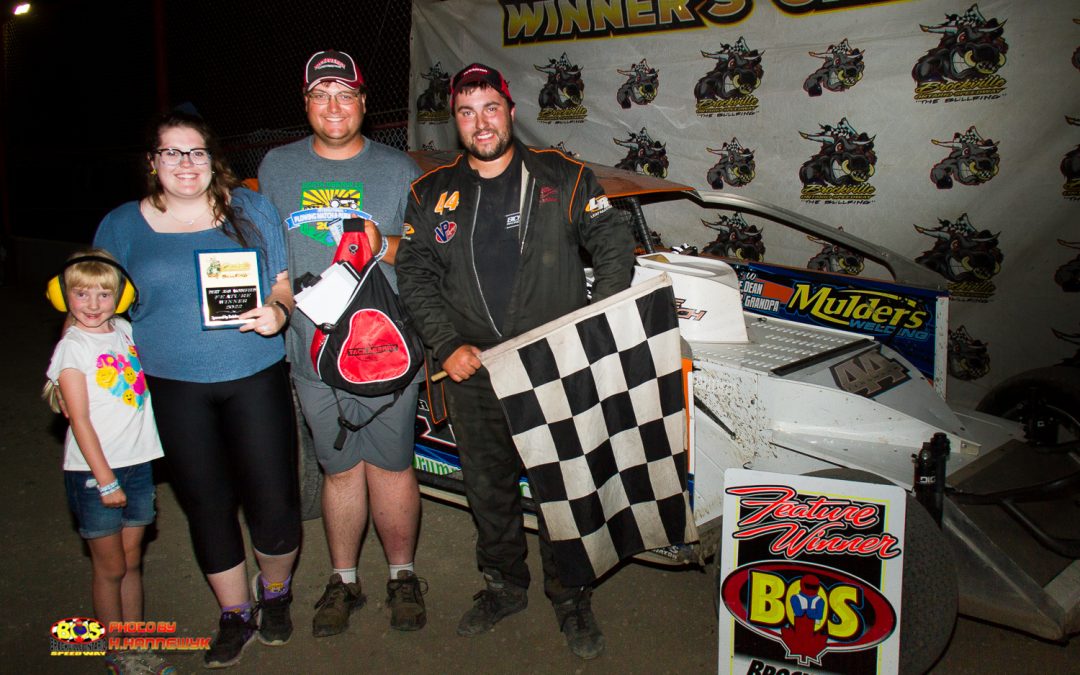 Winning your first career feature is always something you remember and this season at the Brockville Ontario Speedway we have seen many first-time winners. This past Saturday saw a new winner, in the speedway’s premier division.

The night started off with a special 360 Sprint car event on Tackaberry Construction night and local favorite Rick Wilson led the way at the start of the 20 lap feature, over Jordan Poirier and Chris Jones. Wilson and Poirier were the two fastest on track and had a great battle. Wilson looked to have the race in control but slipped off the top side of turns one and two, giving Poirier the lead on lap 11. From there Jordan Poirier would go unmatched to score his first Brockville win over Wilson and Jones, Paul Pekkonen was fourth with Jerome Tremblay fifth.

Jarrett Herbison took the lead at the start of the DIRTcar 358 Modified 30 lap feature with Lee Ladouceur and Johnathon Ferguson completing the top three. Herbison led the opening 8 laps until a yellow flew for Kalen Draper, who broke his front end in turn 4. Herbison would continue to show the way but Johnathon Ferguson was on the move, taking second from Ladouceur, then ran down his good friend Herbison and a spirited battle took shape. Both drivers trade lanes and positions on the track and even a little paint at times. Ferguson was able to secure the lead on lap 12 with Herbison close by in 2nd and Tristan Draper coming up to third. A quick yellow for Kyle Dingwall, who slowed in turn two with a problem, bunched the field up for a restart. This time it was Herbison taking the top spot back with Ferguson and Ryan Arbuthnot getting into the mix. Ferguson however, was not done as he drove the car deep into turn three and slid by Herbison to take away the lead. From this point it was all Johnathon Ferguson, as he finally scored his first career DIRTcar 358 Modified win. Jarrett Herbison finished a close second over Ryan Arbuthnot, Tristan Draper and Chris Raabe, who borrowed Madison Mulder’s car after blowing a motor in his own ride, to come from 9th to 5th.

The 25 lap DIRTcar Sportsman feature nearly saw a first time winner. The start saw a tangle in turn 4 when Michael Dillon spun, resulting a three car tangle. Shane Stearns suffered the most damage and was towed to the pits. Kingston’s Andrew Young led the way when the green flag flew over Dan Ferguson and Brennan Moore. Young was running strong on this night using the bottom lane, while Ferguson tried several times to get by on the high side. Behind them Bobby Herrington was on the move as he moved to second and then patiently ran down Andrew Young for the lead. On lap 14 Herrington would take control of the race with Young back to second over Ferguson, Moore and Domonick Merkley. Bobby Herrington had a fast race car on this night and built up a comfortable advantage over the field with 5 to go. On this night the defending track champion was on his game as he cruised to his third win of the season and second win in the last three weeks. Andrew Young claimed a career best second with Dan Ferguson Brennan Moore and Jessica Power, who came from 14th starting spot to finish 5th.

The Supernant Truck Shop Mini Stocks saw a great battle between Cornwall Speedway invader Pierre Picard and Marc Dagenais on this night in the 15 lap event. Picard was able to get by for the top spot on lap 5, as he was in search of his first ever Brockville win. Behind the leader Dagenais started to experience handling issues allowing points leader Jamie Larocque to charge to the runner up spot with Matt Boal moving to third. As the laps wound down Picard continued to build up a bigger lead and without help from a caution flag, nobody could close the gap. “Captain” Pierre Picard, was able to take home his first ever Brockville win on this night with Jamie Larocque crossing in second. Skylar Ladoucer, last weeks winner, charged from the back after a pit stop to finish third over Matt Boal and Dakota Boal.

Sandy MacFarlane had started the season strong, winning the first two events in Novice Sportsman, but had not been to victory lane since. He would lead early over Gavin MacFarlane and Keira Turner. The event nearly went caution free until Turner spun in turns one and two, collecting three other drivers. All were able to continue but Turner would head to the pits. On the restart Sandy MacFarlane would grab the lead and go unchallenged to score his division leading third win of the year. Jordan Wood crossed in second with last weeks winner Shawn Hodge taking the final podium spot.

Next week another full program is set to go with the return of the 1000 Islands RV Crate Sprint Cars and Street Stocks. Racing gets underway at 7pm. To view all the updated points, results and everything happening at the track, visit brockvillespeedway.com. For instant updates be sure to give the track a follow on Facebook, Twitter and Instagram. 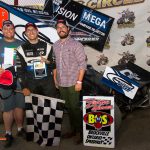 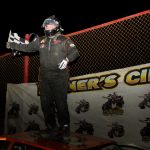 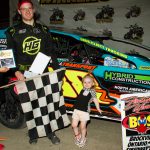 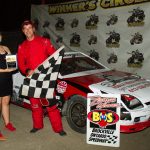 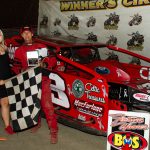 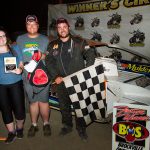