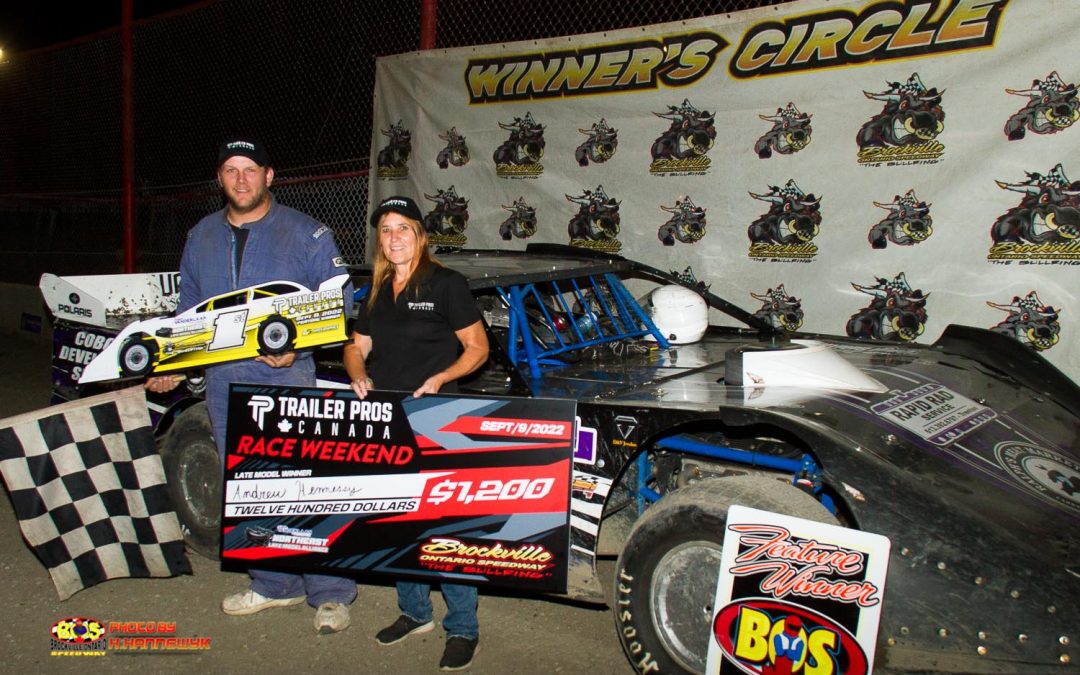 In the Northeast Late Model Alliance Feature, Steve Baldwin would lead the field to green. Once racing began, Hennessey took the early lead ahead of Steve Baldwin, Bradley Raynor Rob Leddingham and Sandercock. On lap three a horrifying accident, as Dave Vandertooithn made contact with another
car sending him to the outside wall on the front straight. With the passenger side exposed, Brett Hope made hard contact, sending him into a roll. The red was immediately displayed as Vandertoon was first to climb from his car. After a few moments, Hope climbed from his ride. Both cars were completey destroyed.

When racing finally resumed, Hennessey picked up where he left off. Putting almost a straightaway lead ahead of the great battle for second of Baldwin and Sandercock, it seemed the only thing that could slow his pace was lapped traffic. And that was exactly what he had for the rest of the race. After a few close calls, Hennessey navigated traffic flawlessly and took the win ahead of Baldwin and Sandercock.

In ProStock action, Denis Gauvreau took the early lead, getting out to about a half of a straightaway lead. A lap 10 yellow for Skylar Ladouceur would regroup the field and have Stephan Lebrun take over the top spot. A final Yellow on lap 15 saw Gauvreau and Lebrun focused more on each other and that set up a four wide run off turn two that saw sixth place starter Marc Lalondre Take the lead. Lalonde would drive to the win ahead of Gauvreau and Lebrun.

In The 1000 Islands RV Action Sprint Tour Feature, saw Lee Ladouceur and Jacob Dykstra run side by side for the opening lap, before Dykstra cleared for the top spot at the start/finish line. A caution for Tim Bailey an lap three sowed the pace. When racing rersumed, Dykstra jumped out to a huge lead ahead of Ladouceur. Meanwhile Dale Curran was putting on show moving up to the third spot after dropping back a bit at the start. A lap 15 yellow would slow things momentarily. But Dykstra was untouchable on the restart. Matt Billings was quietly making his way to the front. A yellow on lap 21 would slow the pace
but nothing could slow Dykstra. He would take off again, but Billings took full advantage, working his way from fourth to second. At the line Dykstra would easily win ahead of Billings and Ladouceur.

The 50’s and 60’s Vintage feature saw Greg Hale and Pete Stapper side by side for the lead, before Stapper was able to officially take the top spot at the completion of lap one. Stapper looked strong early but after a lap four restart, the car lost power in turn one. The resulting caution saw new leaders Dexter Billings and Greg Hale come together, ending Hale’s night. This Handed the lead to Dexter Billings, who would lead to the end, crossing the line ahead of Pat Charland and Joey Hilts. 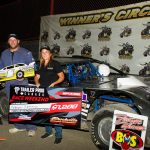 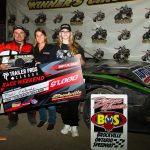 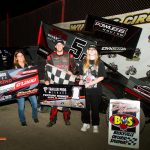 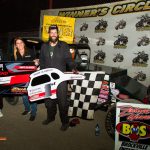