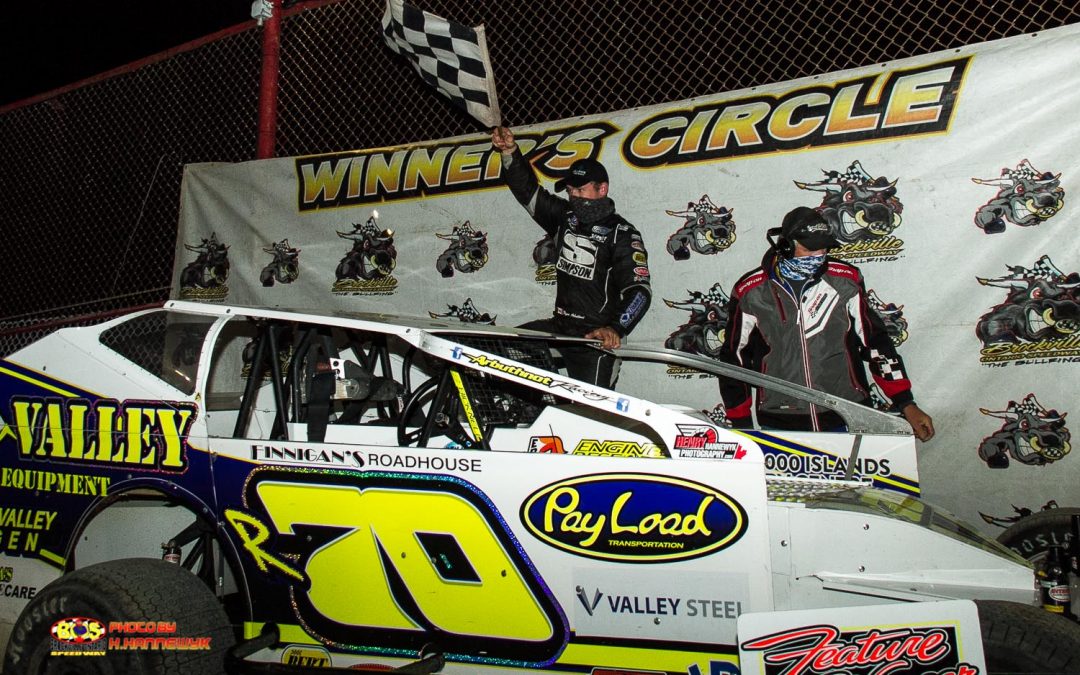 It was another great night of racing action at the Brockville Ontario Speedway this past Saturday night as Eastern Ontario Eavestrough along with Splash Well Drilling was on hand and one local driver ended a long victory lane drought.

The night started with the held over July 24th event for the J and J Automotive Sportsman and Dylan Kirkland was in control of the field at the drop of the green flag over Bobby Herrington Ricky Thompson Jarrett Herbison and Jessica Power. It looked as if Kirkland was well on his way to his first career win but Herrington kept the pressure on for the majority of the event. On lap 15 Kirkland went wide in turn two and slid off the top of the speedway ending his fantastic ride and a shot at the win. On the restart Herrington was strong and despite a challenge from Ricky Thompson it was not meant to be as Herrington notched his 5th J an J Automotive Sportsman win of the year over Thompson Jarrett Herbison Jessica Power and Dale Gifford.

In the nightcap it was Herrington again in control over invader William Racine Tyler Stewart, Dylan Kirkland and Kalen Draper. Herrington was doing what he could to regain the top spot in points and on lap 13 points leader Jessica Power Domonick Merkley and Justin Saunders had issues in turn 4 ending their nights early. As the laps clicked off William Racine did all he could do to get the top spot as they fended off challenges from Jarrett Herbison and Cedric Gauvreau. Despite many challenges from William Racine, Herrington was able to hold on to sweep the night and get win number 6 of the year. William Racine crossed in 2nd over Jarrett Herbison, Cedric Gauvreau and Dylan Kirkland.

Ryan Arbuthnot was looking to continue his 2021 season going as he charged to the lead with Corbin Millar, Kyle Dingwall Shane Pecore and Chris Herbison giving chase. The defending track champion was on a mission as he pulled to well over a straight away lead but Kyle Dingwall closed quickly. Dingwall was set to make a race out of it until lap 21 when Brian McDonald and Jeremy LaSalle tangled in turn 1. On the restart Arbuthnot and Dingwall were on the charge but Johnathon Ferguson and Dylan Evoy were under attack. 14 time track champion Danny O’Brien was making his return and charged from 9th to 5th in the Slack family owned 3RS and was looking for a historic win. On lap 25 the yellow flew bunching up the field. When the drivers went back to green Ryan Arbuthnot was not to be denied as he would drive away for win number two of the season. Kyle Dingwall came home 2nd over Johnathon Ferguson, Dylan Evoy and Danny O’Brien

In Novice Sportsman 15 lap feature Justin Cyr has been the dominant force as he took the lead at the drop of the green at lap 4 over Brennan Moore, Mario Dupuis, Greg Brinklow and Tim McColman. Cyr was well in command of the field and would go unchallenged through the 15 lap affair to score his 5th win of the season. Brennan Moore was there for 2nd over Greg Brinklow, Tim McColman and Cole Perry, who came from dead last to round out the top 5 at the finish.

All Matt Billings had to do was start the 15 lap 1000 Islands RV Crate Sprint car feature and he would make history as the division’s first ever champion. Billings did just that as he took the lead and it seemed he was well on his way to his 3rd win of the year. On lap 7 this changed as Billings had mechanical troubles which handed the lead to Ryan Poole. On the restart Ryan Poole was the leader and Lee Ladouceur gave it a shot, but it was not meant to be. On this night Ryan Poole would score his first Brockville win since winning opening day of 2011 in the sportsman division. Lee Ladouceur held on for 2nd with Kalen Draper 3rd. Matt Billings was officially crowned the 2021 1000 Islands RV Crate Sprint Car Champion.

The 15 lap Mini Stock feature started off on a scary note as Tyler Lamarche had a bad fire on his car which brought the field to a halt. Lamarche would get out of the car and be ok. After another fire pit side which stopped the race, Hayden Brown was able to get the lead over Dan Cook, Michael Tremblay, Jarrod Galway and Tyson Slinger. Brown was one of the dominant cars until lap 10 of the event, when Andrew Naphan hit a tire coming off turn 4 it ended his night early. On the restart Hayden Brown was showing that he is a threat for the track title as he held the lead. As the laps clicked off it was all about Hayden Brown as he scored his 4th win of the season in Mini Stock. Dan Cook crossed in 2nd over Michael Tremblay, Jarred Galway and Tyson Slinger.

The Street Stock division was ready for 15 laps and Todd Raabe did not stop for anyone as he held the lead at the drop of the green over Brock Cullen, Peter Raabe, Sylvain Gauthier and Brett Horner. Several cautions slowed the 15-lap event but Todd Raabe remained up front and was in control. Several late race restarts slowed the event, but it would not stop his charge, as Todd Raabe would march on for his 5th win in his 6th start at Brockville. Points leader Brock Cullen finished up 2nd over Peter Raabe, Sylvain Gauthier and Brett Horner 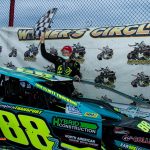 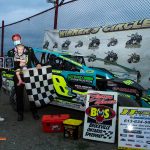 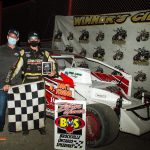 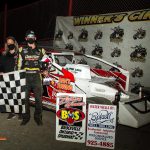 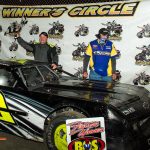 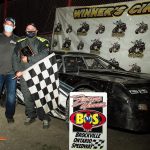 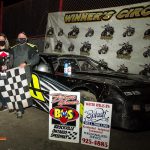 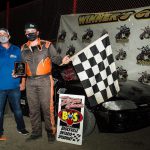 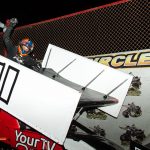 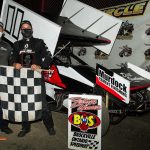 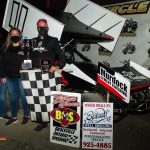 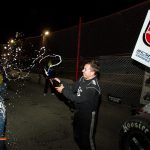 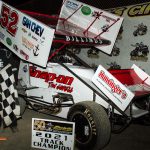 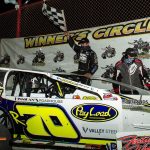 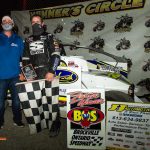 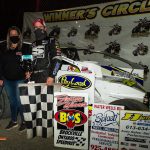 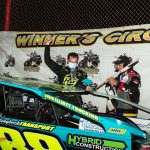 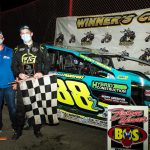 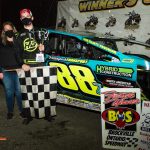 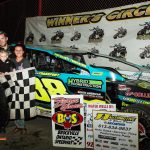