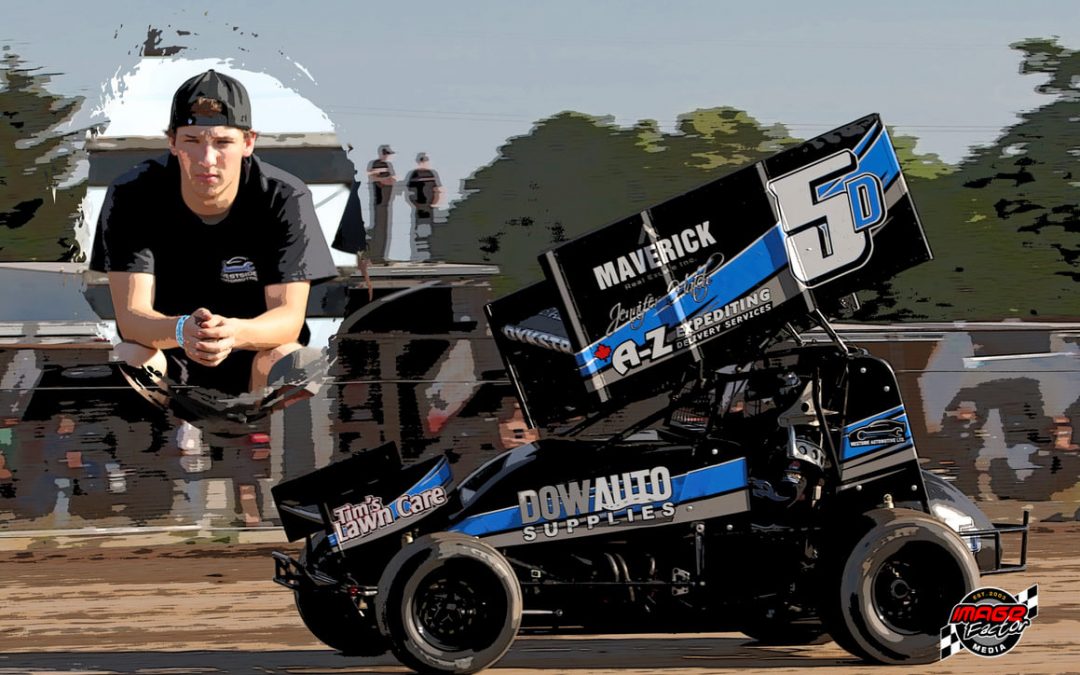 After a rainout one week ago at the Brockville Ontario Speedway track crews were determined to put on a great show as 7 divisions were on the card. The fans and evening sponsors Tackaberry Construction and Jim’s Performance Plus were treated to a great evening of racing. However, Mother Nature had other plans

The 1000 Islands RV Crate Sprint Cars took to the speedway under threatening skies and after a quick survey of the track drivers gave the thumbs up to go green. Ryan Poole jumped into the early race lead over Jeffrey Weare Jacob Dykstra Matt Billings and Lee Ladouceur. Poole looked very strong throughout the first half of the race but Lightning Sprint car star Jeffrey Weare was putting the pressure on Poole for the lead. At halfway Poole started to pull away but Jacob Dykstra was on the move taking 2nd from Weare, then ran down Poole for the lead. On lap 13 Dykstra used the top side in turns 3 and 4 to grab the lead. From there Dykstra would make his season debut memorable as he claimed the win over Ryan Poole Jeffrey Weare, Matt Billings and Dale Curran Jr.

The J and J Automotive 358 Modifieds rolled trackside for their 30-lap feature but the skies started to open up and the field was sent back to the pits. After a brief delay staff and management had no choice but to call it a night. The remaining sic features will be made up during the remainder of the season.

Next week it will be round number two of the Ogilvie’s Auto and Fleet Triple Crown Series for the J and J Automotive 358 Modified and Sportsman divisions. Novice Sportsman, Street Stock and Mini Stock will also be on the card. Racing gets underway at 7pm. Ticket information and other news can be found on our website at brockvillespeedway.com. For instant updates be sure to follow the speedway on Facebook, Twitter and Instagram.