Marsolais Berend and Cryderman tame the Monster Endruo at Brockville 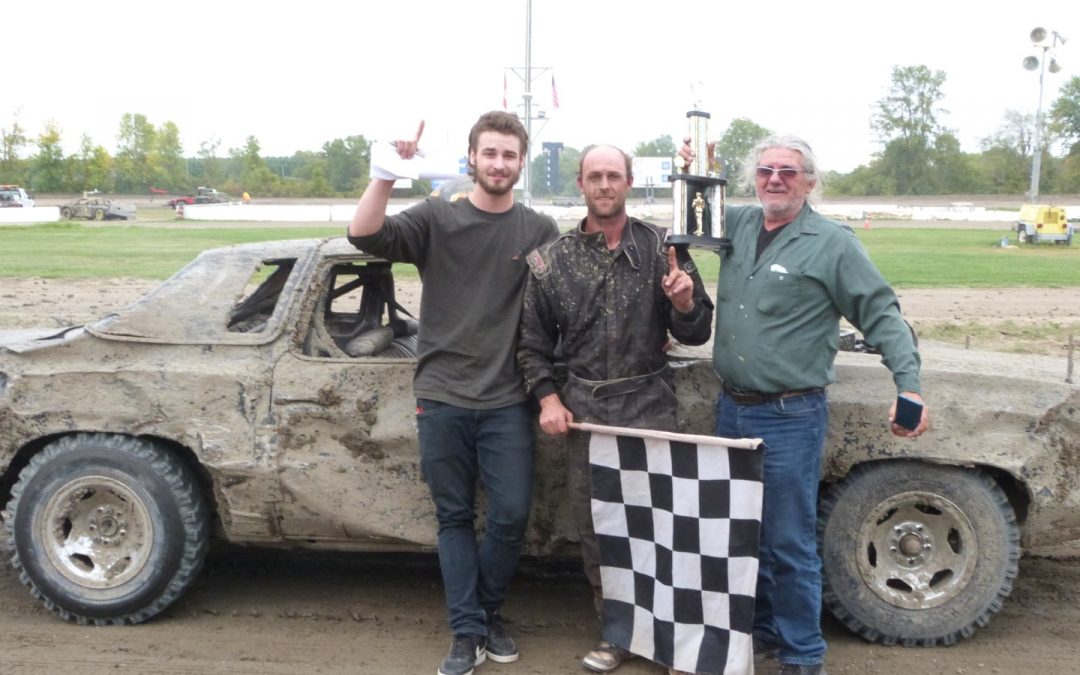 After taking a season off the annual Monster Enduro was back before a great crowd this past Sunday afternoon at the Brockville Ontario Speedway. A great crowd was on hand and despite a bit of a threat from Mother Nature, the drivers were ready for speed and excitement.

The afternoon kicked off with the 25 lap Ladies race and Cornwall native and karting standout, Chelsea Marsolais took the lead from the drop of the green flag and had her way with the field at the start of the event. Ashley Wright of Spencerville put on a charge at the mid-point of the race and took over the lead before Marsolais was able to regain control of the race a few laps later. From there it was no contest as Chelsea Marsolais would go unchallenged and dominated the final laps to score the win in the Ladies race over Kayla Gibeault and Tayler Galway.

The Men’s 4&6 Cylinder 50 lap event was packed with action and became quite physical at the start of the event where it seemed like the strategy was, if you had someone in front of you, simply spin them out. That was how the first half of the event played out but once things started to calm down Jason Berend and Jesse Thompson were the drivers to beat with Berend getting the upper hand. The race was slowed several times in the final laps for safety reasons, which track officials took care of quickly and nobody was injured. At the finish Jesse Thompson was flagged as the winner. Upon further review of the finish and the scorecards, it was determined that Jason Berend was the official winner of the 50 lap event. Max Berry took 2nd with Thompson claiming the number 3 position.

The 100 lap 8 cylinder & Mini Van event closed out a great night of racing an long time Street Stock and Sportsman competitor Derek Cryderman took the lead early in the event and was having his way with the field with another Sportsman driver and long time Enduro competitor Terry McClelland right there to challenge. McClelland’s day ended early as smoke poured from the hood of his machine. In the final laps Cryderman appeared to slow which opened the door for Ben Nadon to un-lap himself and begin the charge to catch Cryderman. At the finish Derek Cryderman was able to hold on with Ben Nadon closing to within a straight away to come home the runner up.

The speedway will go silent to prepare for the annual Fall Nationals but the kart track will be in high gear for the annual Fall Karting Nationals on Saturday September 18th. For information on tickets and start times visit our website at brockvillespeedway.com or for instant updates give us a follow-on Facebook, Twitter and Instagram. 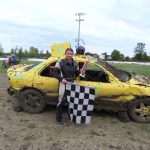 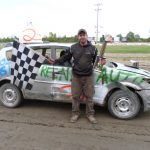 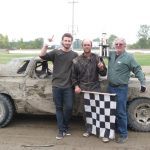