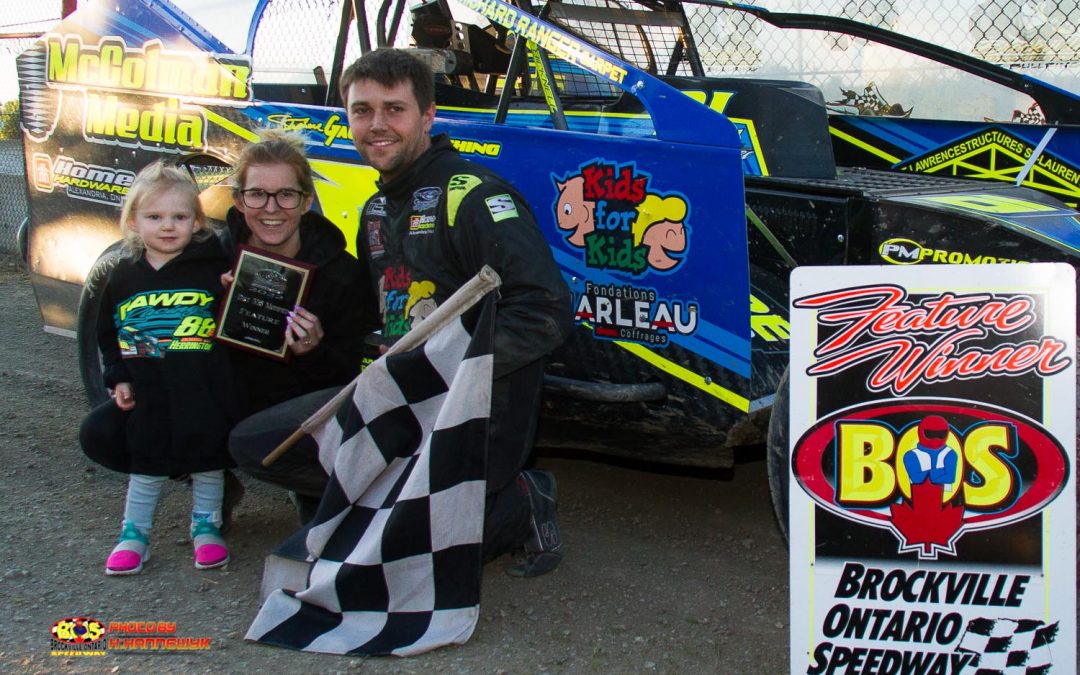 Track conditions were totally different this past Saturday at the Brockville Ontario Speedway. A smooth surface and multiple grooves provided the fans with great action and exciting finishes, on Polite Sand and Gravel night.

In DIRTcar 358 Modified action Joe Banks paced the field at the start of the 30 lap event over Kalen Draper and Madison Mulder. Lee Ladouceur moved to the front quickly and closed in on Banks for the lead. Heading into turn 3 Banks lost control of his car after slight contact from Ladouceur sent him spinning. On the restart Ladouceur charged to the lead and was flying around the top side. Meanwhile Chris Raabe was on the move as he took second from Chris Herbison on lap 15. Ladouceur continued his run around the outside lane but Raabe was able to close the gap as the top two pulled away from the field. On lap 28 Raabe made the winning move in turn 2, taking the lead on the inside lane. From there Chris Raabe made it look easy as he claimed win number two of the season. Ladouceur held on for 2nd while Quebec invader Steve Bernier came from the back of the field to finish third. Chris and Jarrett Herbison finished out the top 5.

Domonick Merkley had struggled since getting into the DIRTcar Sportsman division but on this night, he would take the lead from the front row over Trent Wallace and Tyler Stewart. Merkley had a fast race car and was showing no signs of letting up as he pulled away from the field in the early laps. Behind the leader Dylan Kirkland was on the charge as he moved to third on lap 13 and closed in on Trent Wallace for 2nd. Merkley continued his dominance as he ran the bottom lane, but Kirkland was one of the fastest cars on track, taking 2nd from Wallace, but still had some ground to make up on the leader. With 5 laps to go the top two drivers were nose to tail and putting on a great show for the fans. On the final lap Kirkland charged to the high lane in turn 3 but couldn’t make it stick. Domonick Merkley finally put all the bad luck behind him as he scored his first ever DIRTcar Sportsman win in the caution free, 25 lap feature. Dylan Kirkland claimed second over Bobby Herrington, Trent Wallace and Brennan Moore.

Ryan Poole was the dominant force in the 1000 Islands RV Crate Sprint car feature. Poole led early on over Lee Ladouceur and Mathieu Bardier. Poole had a fast car but Ladouceur and Bardier, were making it close as the laps clicked off. On the final lap of the caution free 12 lap contest, Bardier made his move to take second in turns one and two, but nobody was catching Ryan Poole and he scored his 2nd straight win. Mathieu Bardier crossed in 2nd over Lee Ladoucer Rick Wilson and Tim Bailey.

The 12 lap Novice Sportsman feature saw a thrilling finish between father and son Sandy and Gavin MacFarlane. Gavin led early on but Sandy was on the charge to the front taking second from Olivier Boissonneault at half way and tried hard to catch his son for the lead. On the final lap Sandy would pull even with Gavin, but on this night the kid got there first, as Gavin MacFarlane scored his second win of the season. Gavin’s Father, Sandy MacFarlane held on for second. Olivier Boissonneault, Shawn Hodge and Josh Jock rounded out the top 5.

The Supernant Truck Shop Mini Stock division saw Hayden Brown lead the way over Matt Boal and Max Steele in the early going. Brown had a fast race car and would pull away from a quality field in the 15 lap feature. Defending track champion Jarrod Galway would makes some big moves through the field in the late going, as he took the second spot from Matt Boal, but still had work to do to catch the leader. On this night, without the help of a caution flag nobody was catching Hayden Brown as he marched to his first win of 2022. Galway crossed in second, over Matt Boal, Jamie Larocque and Max Steele.

The 20 lap Vintage feature took a few restarts to get going, but once the laps clicked off it was former DIRTcar 358 Modfied and DIRTcar Sportsman driver Jason Riddell taking the lead over Randy Gaudet and Gavin Riddell. The division, which also features a 50s and 60s division, that competes in the same race, can see a lot of traffic as Riddell found out during the race. Gaudet however, was doing all he could to catch Riddell on this night, but it was not to be. Jason Riddell didn’t let lapped traffic or his nearest competitor stand in his way, as he grabbed his first Vintage win of the year over Randy Gaudet, Paul Billings, Gavin Riddell and Steve Billings.

Next week Draper Doors will be on hand for a full show in all divisions. The Supernant Truck Shop Mini Stocks and Vintage have the night off, but the Street Stocks will make their return to action. For further information head to our website at brockvillespeedway.com, or follow us on our Facebook, Twitter and Instagram pages. 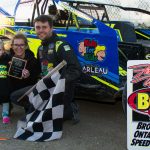 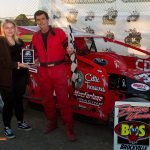 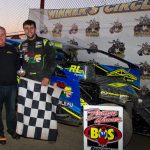 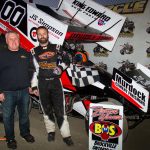 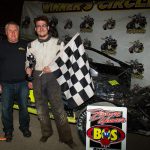 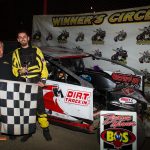 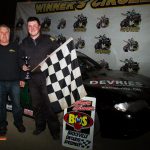 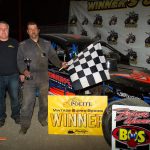 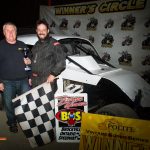 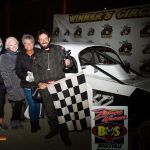 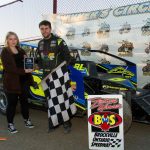 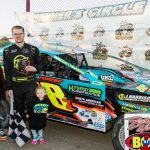 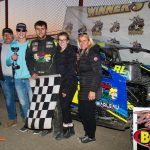