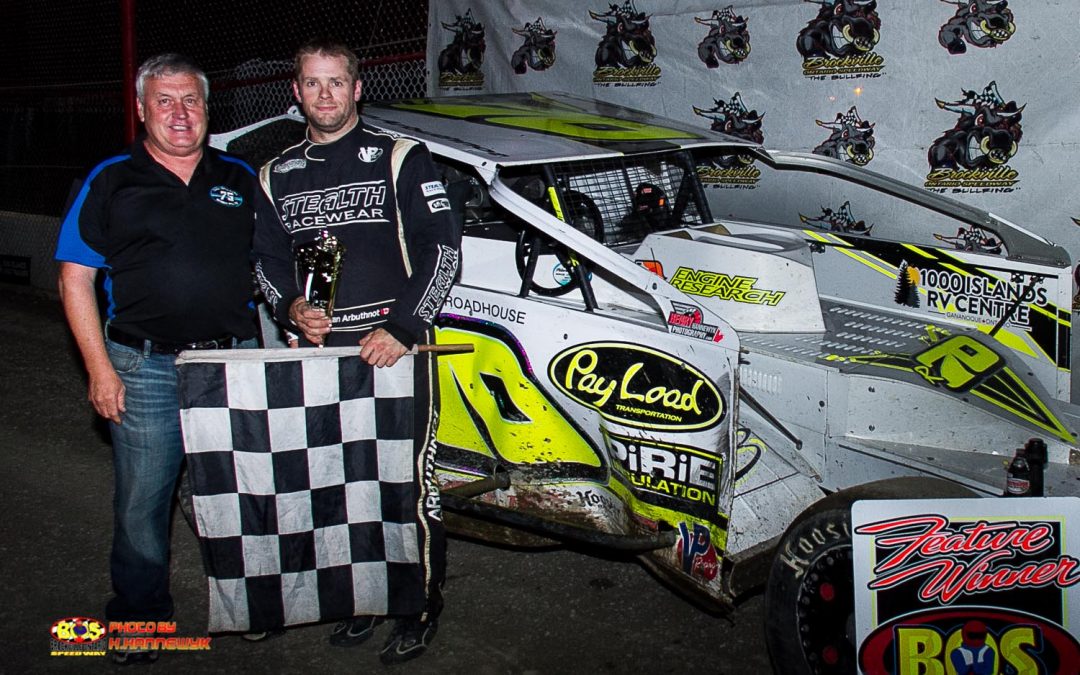 BROCKVILLE, ON – Only two point paying shows were left heading into this Saturday’s action at the Brockville Ontario Speedway. Championships in all divisions are still up for grabs and many are still in search of their first wins of the year.

The 1000 Islands RV 358 Modifieds started off with Jordan McCreadie spinning his machine in turns 1 and 2. He would be able to continue. Once the green flew Andy Lloyd jumped to the top spot over Joe Banks, Tim O’Brien, Corbin Millar and Ryan Arbuthnot. Lloyd had a great race car and was flying around the top side but Tim O’Brien and points leader Ryan Arbuthnot were on the charge from 2nd and 3rd. On lap 11 Ryan Arbuthnot would make a charge as he took 2nd from O’Brien then ran down Andy Lloyd. Arbuthnot would take over the lead and do what he has done all year and that’s dominate the field once in front. With well over a straight away lead the battle was on behind him as Tim O’Brien held on to 2nd and last weeks winner Chris Herbison was on the move making a charge to third after getting by Joe Banks and Andy Lloyd. As the laps wound down Arbuthnot was in complete control but Herbison was making a run at O’Brien for 2nd as they battled hard in the closing laps. In the end Ryan Arbuthnot proved to be too strong yet again as he drove away to score his 7th feature win at Brockville and 11th overall win this year. Tim O’Brien held on for 2nd with Chris Herbison, Steve Barber and Kyle Dingwall completing the top 5.

In Sportsman action Dave Wilgosh would lead early but it would be Dan Ferguson charging to the number one spot on lap 4 while Wilgosh, Melissa Gifford, Shane Stearns and Devin Willis would complete the top 5. Ferguson had a fast race car and would charge to a straight away lead by lap 11 as Wilgosh was in a battle with points leader Ryan Scott for the runner up position. Devin Willis would slow on the back stretch bringing out the yellow. On the restart Ferguson continued to lead but Ryan Scott had other ideas. Knowing he had to put as much distance between himself and 2nd place point man Johnathon Ferguson, who was trapped in the back part of the top 10, Scott would charge to the top spot with Ferguson and Shane Stearns completing the top 3. Scott had a great car and was doing what he had to do on the track as Xavier Andrews was also on the move taking 2nd late in the event and Johnathon Ferguson would make his way into the top 3 late in the race. Over the final laps Ryan Scott did everything correct on this night, as he would march to his 5th win of the 2019 season in the Sportsman division. Xavier Andrews would take another runner up finish with Johnathon Ferguson keeping the points race close with a third-place effort over early leader Dan Ferguson and Shane Stearns.

The Street Stock division may not have had the car count on Saturday night but the action did not lack at all. Todd Raabe would lead early and was in search of his third win of the season but Michael Dillon, Nick Merkley, Sylvain Gauthier and Jessica Pasinetti would complete the top 5 early on. On lap 4 the great run by Jessica Pasinetti would come to a quick end after near head on contact with the turn four wall. She would climb out frustrated but was uninjured and took the mandatory ride in the ambulance. On the restart Todd Raabe continued his great run but Michael Dillon was not about to let him get away just yet. Raabe appeared to have the win all but sealed up but the caution would wave as Brent Merkley would spin his machine in turn two. On the final restart Michael Dillon had one last chance as he took to the high side and pulled even with Raabe for the lead. On the final lap the top two were still side by side which set up a great finish. Raabe would hold the lead on the bottom in turn three as Dillon charged to the top but pushed wide in the turn. That small mistake would allow Raabe to charge down the front stretch and win his third feature of the year by a half car length. Dillon settled for 2nd with Nick Merkley, Sylvain Gauthier and Bob Williams Completing the top 5.

In Rookie Sportsman it was a battle to see who could get to three wins on the year as Tyler Stewart and Evan Reynolds were both looking to accomplish that feat in the 15-lap feature go. The top two pulled away from a quality field with Terry McClelland holding on to position number three. As the laps clicked off Stewart held a slight lead but Evan Reynolds was driving hard and searching for the lead on the bottom of the speedway. On the final lap Stewart would slip in turn 4 allowing Reynolds to close the gap as Terry McClelland was waiting to pounce for position number three after a great battle with Domonick Merkley. Heading into turn one Reynolds would give the gift back as he slipped up allowing Stewart to get away. At the finish Tyler Stewart would hold on to become the first three-time Rookie Sportsman winner this season. Reynolds would hold on to 2nd with Domonick Merkley regaining the third spot at the checkers, with Terry McClelland and Justin Saunders completing the top five.

The Outlaw Vintage held their final event of the 2019 campaign and Kenny Polite was looking for his 5th win in 6 events and 4th in a row but veteran Bill Plooy was right there to challenge with Pete Stapper holding down third. Polite had a fast race car on this night and would pull away easily in the event as Plooy and Stapper tried to keep pace. At the checkered flag nobody had anything for Kenny Polite as he scored his 5th win of the year, 4th in a row and became the first ever back to back and two-time Outlaw Vintage champion. Plooy held for 2nd with former Vintage champion Pete Stapper rounding out the top 3.

Next week all point champions will be crown for the 2019 BOS racing season. 1000 Islands Toyota will be on hand as the title sponsor. Racing action begins at 7pm and the 2019 Brockville Ontario Speedway Hall of Fame class will also be announced. A big night is in store for all five classes and you won’t want to miss out. For more information on points, results and news happening at the speedway, check out our website at brockvillespeedway.com. Don’t forget to follow us on our Facebook, Twitter and our new Instagram page for more of what’s happening at “The BOS”. 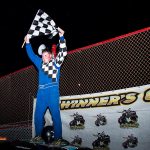 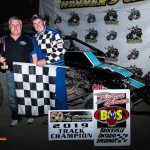 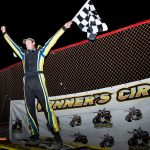 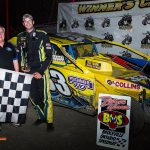 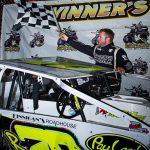 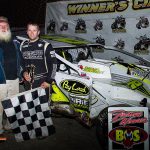 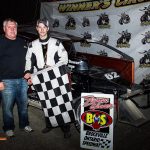 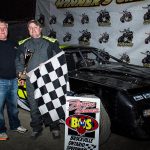