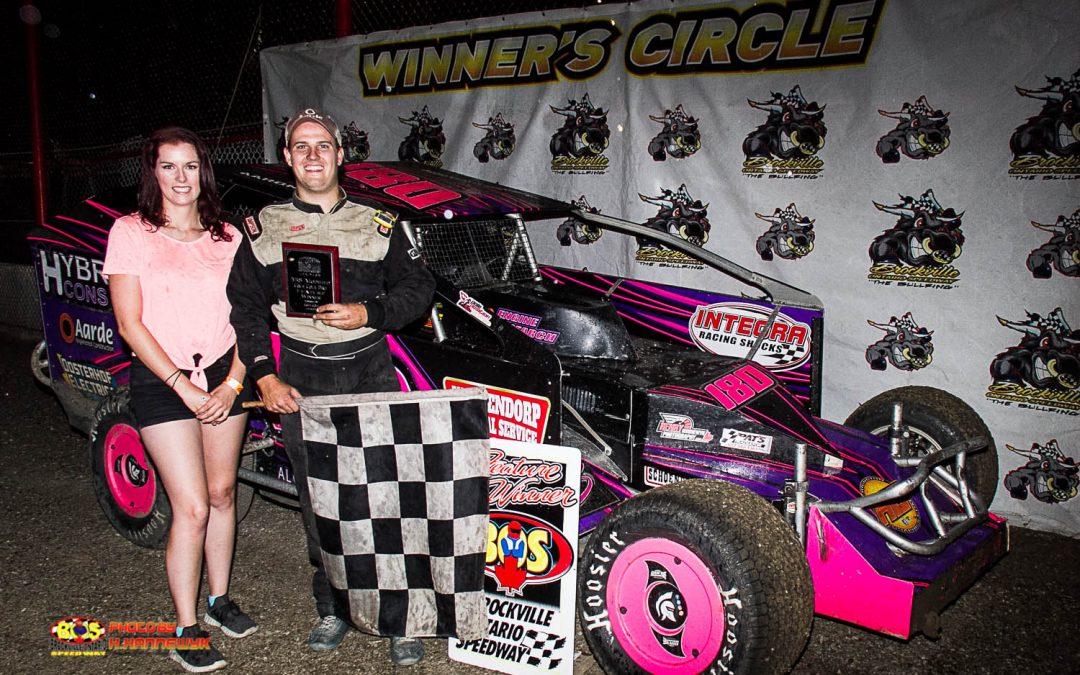 BROCKVILLE, ONT – It was an extremely busy night this past Saturday at the Brockville Ontario Speedway. 7 classes of racing provided some great action all night but sadly Mother Nature decided she want to claim the evening after 4 of the 7 events were completed.

The 15 lap Rookie Sportsman feature took to the very fast speedway to start off the night and Melissa Gifford looked in great shape as she drove away from the field in search of her 2nd win of the season. Behind the leader Xavier Perrin was on the charge as he took 2nd from Michel Fournier and tried at will to run down the leader. With championship points on the line Perrin made a race out of it with Gifford as he tried several times to get by but without success. On lap 6 Perrin finally made the move work as he took over the lead and began to drive away. Over the remaining laps and without a caution Melissa Gifford and the rest had no chance of catch Xavier Perrin as he scored his 2nd win of the year and more importantly the points lead over title rival Brock Cullen. Gifford held on for 2nd while with Michel Fournier taking the final podium position.

The Sportsman 25 lap event saw Jason Cummings charge to the lead early on over Jesse Hudson and Dale Gifford. At the end of lap 1 the first yellow flew for Alex Gagnon and Jon Mills as they tangled in turn 2. When the green flew it was Cummings in control again but The Highside Hustler Tristan Draper was on the move early on as he took over the lead from Cummings on lap 6 followed by Hudson Shane Stearns and Xavier Andrews. On lap 8 the great run for Cummings came to an end as he spun off turn 2. On the restart Draper put the hammer down and charged away from the field leaving Shane Stearns, Jesse Hudson, Xavier Andres and points leader Ryan Scott to battle it out for a top 5 position. With only 1 points race remaining after this evening Ryan Scott and Johnathon Ferguson were running hard to catch the leader but Draper was rock solid remaining in front and in control. With 3 laps remaining a great run for Jesse Hudson came to end with smoke coming from his race car. He would head pit side and was credited with a 14th place finish. In the end Tristan Draper was not to be denied as he authored a dominating performance for his 3rd win in the last 5 tries at Brockville. Shane Stearns scored his 4th top 5 in the last 5 starts with a 2nd place run, Xavier Andrews, points leader Ryan Scott and Johnathon Ferguson rounded out the top 5.

The Mod Lite Quebec Series took to the speedway next and saw a rough start as 3 cars took a hard hit in turn 4 on the opening lap. Allyson Prince spun in turn 4 with Eric Caron slamming into her stopped race car with Scott Sharpe also getting some damage. All drivers were ok but they all were out of the event before lap 1. When the race resumed it was veteran Doug Williams taking control of the lead over Harley Brown, Justin Williams, Jeff May and Scott Waldriff. With Doug Williams out front and putting on a dominant show Jeff May started to come to life and was passing cars at will. May took Justin Williams and Harley Brown 3 wide for the 2nd spot on lap 10 and made a valiant effort to run down the leader. On lap 10 that all changed as Brad Reif spun off turn 2 bringing out the yellow. On the restart Jeff May went to work as he made his way to the high lane and tried his best to get by Williams. With 5 laps to go he finally made it work as Jeff May took the lead as Williams began to fade in the closing laps as Harley Brown and Justin Williams were able to get by for 2nd and 3rd. Without a caution over the next few laps it was tough to catch the leader and Jeff May would park it in victory lane for a 2nd straight night after a big win at Mohawk the night before. Justin Williams was able to get by Harley Brown for 2nd with Scott Waldriff making some big moves late to charge to the 4th spot with Doug Williams holding on for 5th at the checkered flag.

With weather threatening from above the 358 Modifieds were on the gas hard at the start of their 30 lap feature event. Kingston’s Andy Lloyd took the early lead over Aaron Pugh, Steve Barber, Chris Herbison and Ryan Poole. With a fast race track Lloyd was able to keep his car wound up on the top side and put some distance on the rest of the field in the opening laps. On lap 3 Ryan Poole and Chris Herbison made contact with Poole coming to a stop in turn 2. On the restart Lloyd continued to lead but Aaron Pugh had a game plan. Pugh made his move on the bottom in turn 2 to take over the lead but Danny O’Brien and Luke Whitteker were right there with him and were making a serious bid for 2nd and 3rd on the race track. Once in front Aaron Pugh was able to maintain a 4 car length lead over O’Brien and Whitteker and after 2 second place finishes, was determined to get to victory lane on this night. At the halfway point Steve Bilow lost the handle on his car in turn 3 bringing out the yellow. When racing resumed it was Aaron Pugh in control again as he pulled away from Danny O’Brien, Luke Whitteker, Chris Herbison and Tim O’Brien. As the laps wound down Danny O’Brien was starting to close the gap on the 358 Modified sophomore, but other factors started to creep into the battle as well. On lap 22 a small shower started to come down but did not affect the race track but it made things interesting as lapped cars made the track narrow. With 5 to go heading into turn 3 Pugh was trapped behind a lapped car allowing Danny O’Brien to charge by for the lead in turn 3 with Whitteker close by in 3rd, but the caution waved as the skies began to open up even more. Unfortunately for Danny the yellow flew a little early as Aaron Pugh was put back in front as lap 25 was not complete before the caution came out. With the rain coming down harder Brockville Speedway officials declared the race and the evening official sending Aaron Pugh to victory lane for the first time in his 358 Modified career. Danny O’Brien’s 2nd place effort was plenty enough to wrap up his 14th 358 Modified track championship, Luke Whitteker backed up his win a week ago with a 3rd place run while Chris Herbison ran a solid 4th and Tim O’Brien completing the top 5.

With the Street Stocks, Mini Stocks and Outlaw Vintage left to run from this evening, final points next week in all 6 classes and the 1000 Islands RV 358 Modified All Star Challenge for feature winners from Mohawk, Can Am, Brockville and Cornwall, you will absolutely get your money’s worth for next week’s season finale. Last year’s version of the All Star Challenge saw Luke Whitteker go to victory lane on his way to the 2017 track title. Next week will be a busy one, racing will be set to kick off early with hot laps and time trails for the 358 Modified All Star Challenge. The first heat goes green at 7pm. 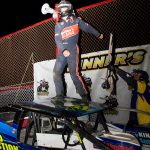 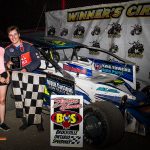 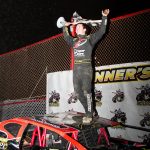 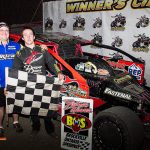 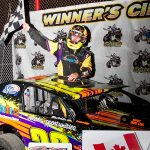 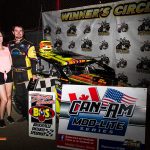 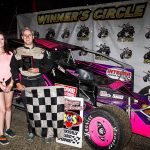 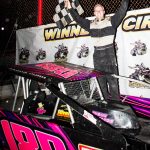