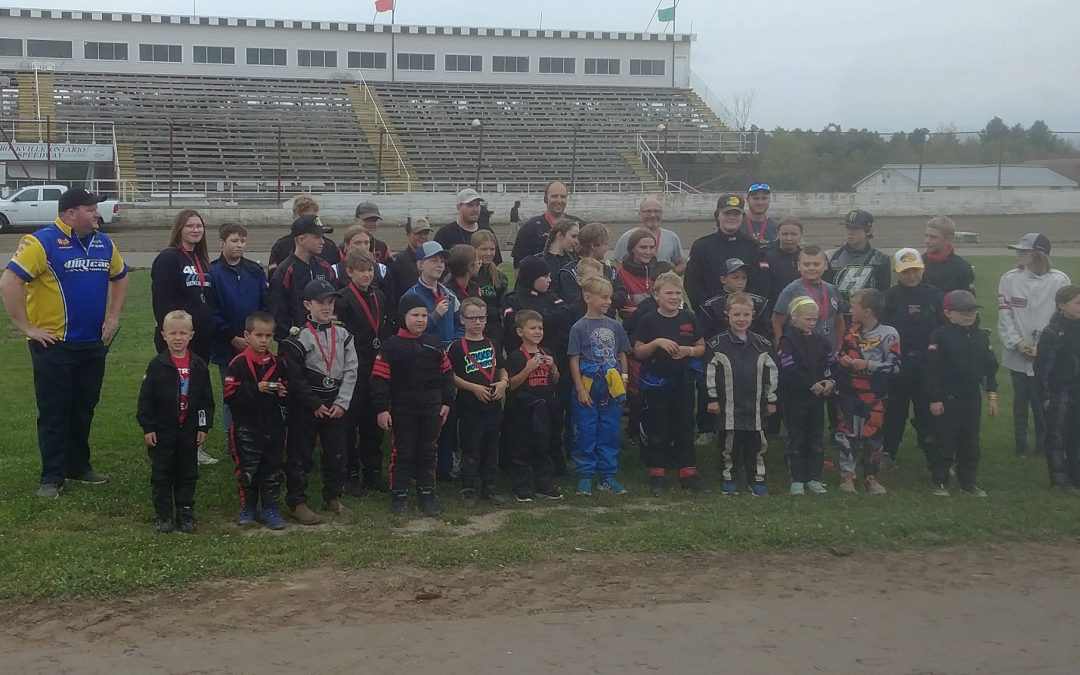 In the Second Year Box Stock division, Reed David took the early lead and was on a mission to take the trophy home with him. With Liam Pakenham in pursuit, David drove a terrific race, leaving Pakenham searching for speed and the right line to try to get around him. As the laps wore on, it was obvious Pakenham would need an opening at the right time. As the white flag flew, David looked to be in control. As the duo headed to the last turn, Pakenham would get under David and the two would have a drag race to the checkers. In the end, It was Pakenham, who was victorious ahead of David and Russell Ardington.

In Box Stock First Year action, Lily Walters took the early lead. After a first lap yellow, Walters would continue to lead the next few laps, before Lim O’Connor would assume the top spot. A late race caution would set up a one-lap shootout, giving Walters one last chance at redemption, however, O’Connor nailed the re-start and was able to take the checkers ahead of Walters and third place finisher, Russell Trickey.

The Box Stock Clone feature saw Liam Pakenham take the lead and never look back. He would go on to lead every lap, taking the win in front of Tehawennahkwa Thompson and Maverick Parisien.

Junior Clone 1 was up next. Colby Crawford took the early lead. This race would see six cautions slow the pace. The mid portion was by far the most exciting, as Loik Robertson challenged Crawford for the lead. The two would run side by side for nearly five laps, each fighting hard for the top spot. At the end, Crawford would go on to victory ahead of Robertson and Tehanonsakahnian Thompson.

Junior Restricted Was all about Dylan Moore. He took the lead and never looked back. Leading flag to flag, Moore would take home the hardware ahead of Savannah Parks and Melcolm Banks.

Liam Pakenham was looking for another win on this day in Rookie 2. He took the initial lead, But by lap four Brock Beattie would grab command of the top spot. Beattie would go on to take the checkers in front of Jax Decristoforo and Colby Crawford.

Junior Clone Three Group A saw Landon Menard take the lead at the drop of the green. The race was slowed twice for yellow, but that was all that could slow the pace of Menard. The driver would put on a clinic, running smooth and consistent to go on for the win ahead of Elliot Stacey and Avery Raabe.

Group B of Junior Clone Three saw Maddie Wallace take the lead. By the end of lap two, Dylan Moore had worked to the inside of Wallace, to challenge for the top spot. Wallace responded by driving deep into turn three, but would push a bit too hard and loose the handle, resulting in caution. From there Moore would go on to the victory with Nolan Chatten and Adam Kouk following in second and third.

Pro Clone Heavy saw Randy Revelle take the lead from the pole and never look back. A tough field was chasing and as usual the competition was close. But Revelle, was unflappable and  drove a masterful race to take the win ahead of Tim Bailey and Ayden Vandelight.

The annual Mother’s Race was the final even for the day. Annie Robertson took the lead early and after a lap three caution, would surrender the top spot to Joanna Smith. Smith would face a few challenges from Robertson and Nancy Gilland, but would eventually come out on top in front of them both as the checkers waved.