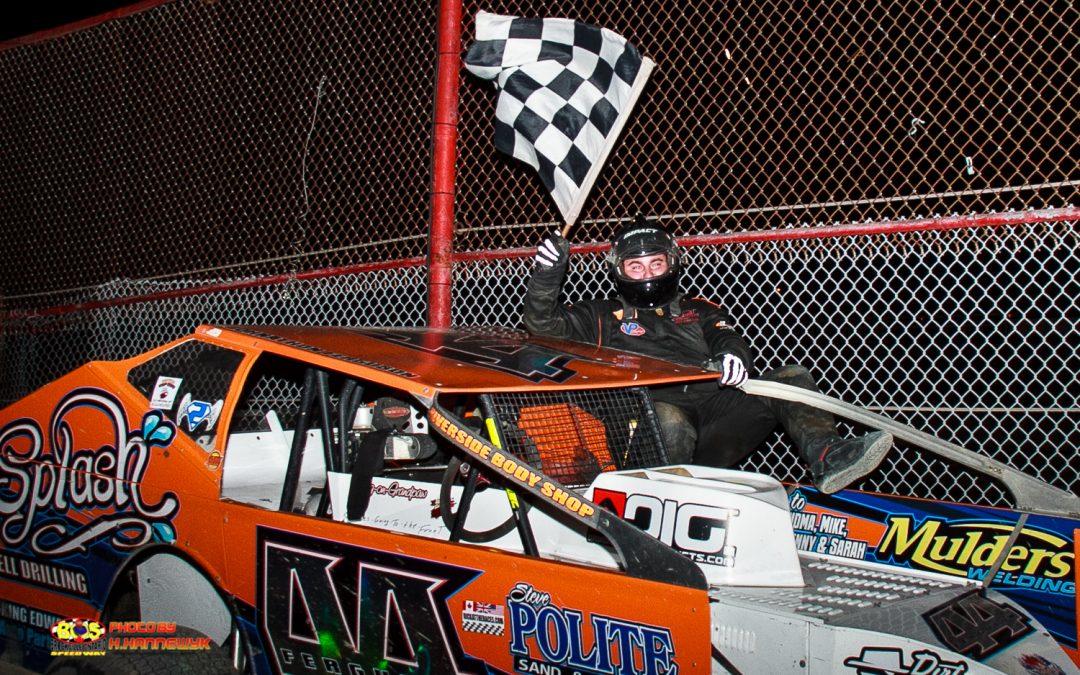 Another night of racing action continued this past Saturday at the Brockville Ontario Speedway. Five divisions provided some great racing with familiar faces returning to victory lane.

The 25 lap Sportsman feature saw Jessica Power and Johnathon Ferguson lead the field to green with Power gaining the advantage into turn one with Ferguson close by in 2nd while Jarrett Herbison, Dale Gifford and Dan Ferguson rounded out the top 5. Power and Ferguson would battle side by side for the opening 4 laps before Ferguson would gain the advantage down the back stretch. With a fast race track Ferguson combined driving skill with a great race car to pull away by over a straight away over Power with Herbison, Dale Gifford and Dan Ferguson battling for a top 5 position. With 10 laps remaining Ferguson was working the speedway perfectly and traffic was no issue as he continued his march to a potential 15th career Brockville Sportsman win as Power tried all she could to keep close. The race looked like it was going caution free until lap 23 when Shane Stearns slowed on the back stretch. On the final restart Ferguson get the jump he was looking for with Power right there in 2nd. Johnathon Ferguson would make 2 quality laps and get the job done scoring the win, which moved him to 6th on the BOS Sportsman all time win list. Jessica Power backed up her win last week with a 2nd place effort over Jarrett Herbison, Cedric Gauvreau and Dan Ferguson.

In the 20 lap Mini Stock event Teddy Baird would take over the top spot at the drop of the green flag over Tommy Bailey, James Clarke, Hayden Brown and Mike Gaucher. Baird looked strong in the early going but Bailey and Clarke would be right there to challenge throughout the event. By lap 10 Baird, Bailey and Clarke pulled away and were looking to settle this between themselves. On lap 12 as the leaders entered traffic James Clarke would make the move for the lead heading into turn one and get by Baird as Tommy Bailey continued to round out the top 3. As the laps wound down Clarke showed no signs of letting up as Baird and Bailey continued their battle for 2nd with Hayden Brown and Mike Gaucher completing the top 5. James Clarke proved unbeatable on this night as he cruised to his 2nd win of the 2020 season at Brockville over Teddy Baird, Tommy Bailey, Mike Gaucher and even though he suffered a flat right rear tire, Hayden Brown would hold on for a 5th place finish.

In Street Stock action Todd Raabe was looking to remain perfect as he took the lead at the drop of the green in the 20-lap feature over Adam Turner and Nick Jones. Raabe would lead the opening 5 laps until Denis Hamel and Nick Merkley tangled on the front stretch which also collected Kyle Massey who suffered heavy rear end damage and was out for the night. On the restart Raabe remained up in front as Turner, who has plenty of laps in multiple divisions at the speedway, stayed close by in the runner up spot. Raabe had a dominant race car and would lead by well over a straight away while Turner, Jones, Angie Kirby and Nick Gauvreau completed the top 5. Todd Raabe would go unchallenged the rest of the way and despite a close call with a spinning car on the front stretch coming to the checkered flag, Raabe would collect his third straight win over Adam Turner, Nick Jones, Angie Kirby and Nick Gauvreau.

After blowing a motor the previous night at the Can Am Speedway in Limited Sportsman action, opening day winner Fire Swamp, would take the lead at the beginning of the 15 lap Rookie Sportsman feature over Michael Delormier and Blayden Arquette. Swamp and Delormier would be the class of the field throughout the event until a late caution flew bunching the field up for a late race restart. When the final green flag flew Fire Swamp would remain in control as the handling began to go away on Michael Delormier’s ride with Arquette holding onto third. At the checkered flag Fire Swamp would drive on to take his 2nd feature win of the season over Delormier, Arquette, Trent Wallace and Holly Denard would round out the top 5.

The 1000 Islands RV Crate Sprint cars came to the line for a 25-lap feature event and Luke Stewart who has been fast all season, took the lead at the drop of the green flag over Ryan Hunsinger, Dave McKnight and Austin Reid. Stewart was fast right out of the gates and pulled away from the field and looked to be headed to his first ever win at Brockville until he started to slow coming into turn one. Ryan Hunsinger took full advantage and grabbed the lead as Stewart slowed to the pits with a mechanical issue, ending his chance for a win. Hunsinger would take over command of the event and would go unchallenged and would finally claim his first Crate Sprint Car feature, and become the third different winner in three events. McKnight settled for 2nd while Austin Reid’s Sprint Car debut resulted in a third-place finish.

Next week the 358 Modifieds return to the line up at The BOS along with the Sportsman, Rookie Sportsman, Street Stock, Mini Stock and 1000 Islands RV Crate Sprint Cars. For information on how to get tickets be sure to check out our website at brockvillespeedway.com and follow us on Facebook, Twitter and Instagram. Fans are also reminded that the Dirt Outlaw Apparel Fall Nationals are only a few weeks away, further information can also be found on our website and social media platforms. 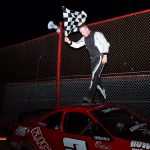 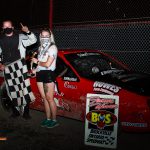 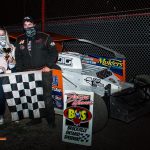 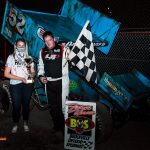 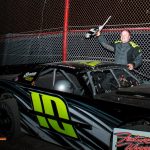 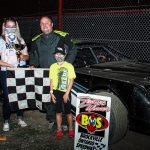 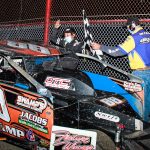 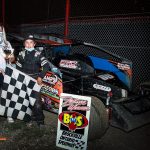 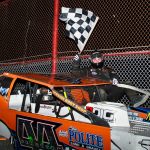